December 16 is not just memorable for Bangladesh, formerly East Pakistan, as the day it won the liberation war and became a sovereign nation but also for India. 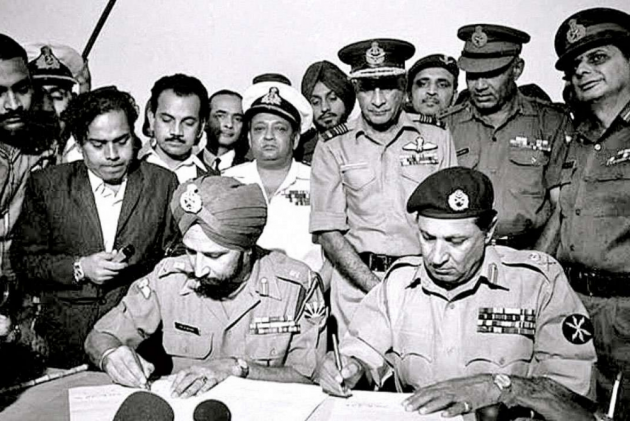 At the height of the Cold War, 50 years ago, Bangladesh attained independence as a sovereign nation on December 16, ending 23 years of rule by Pakistan. The period was marked by a series of violent incidents of oppression and massacres along with protests and resistance that drew global attention. She­ikh Mujibur Rahman, the former Prime Minister and 'Founding Father' of Bangladesh had, in 1971, cal­­led the years under Pakistan as a period of “continual lamentation and repeated bloodshed”. On December 16, the Bangladesh nationalist forces managed to take Dhaka, the last city in the hands of the Pakistani military junta, ending a nine-month-long war. The Pakistani Instrument of Surrender was signed on this day, marking the birth of Bangladesh as a democratic nation.

The day is not just memorable for Bangladesh, formerly East Pakistan, but also for India. The Bangladesh Liberation War, also known as the Bangladesh War of Independence, also marks 50 years of the 1971 Indo-Pakistan War. On December 16-17, 1971, over 92,000 West Pakistani soldiers, sailors, airmen, paramilitary personnel, policemen and civilians surrendered to India in East Pakistan after 13 days of the war. The victory came at a cost. At least 12,189 personnel of India’s armed forces were either killed, reported missing or wounded with lifelong disabilities. 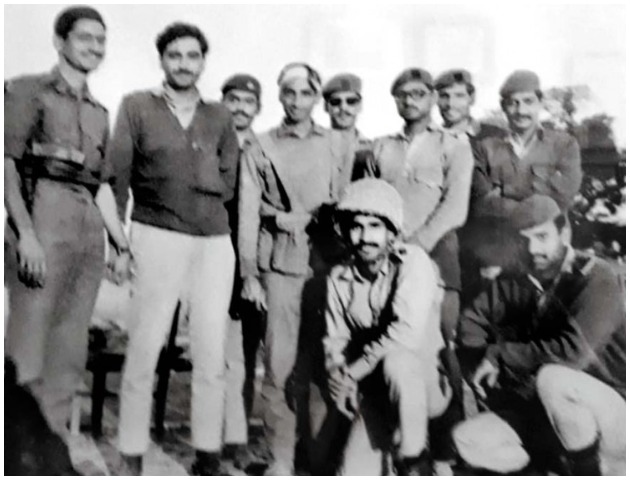 Book Review | All India Radio And The Birth Of A Nation

The Bangladesh Liberation War refers to the armed uprising and revolution driven by Bengali nationalists in 1971 in a bid to gain independence and self-determination for Bangladesh, which was then under then called East Pakistan. The movement encompassed wide populations of East Pakistan including militia and civilians who took to the streets and took up arms against what many at the time claimed as the exploitative and hegemonic rule of West Pakistan over the culturally and geographically separate East Pakistan, both wings of the same Muslim-majority country under the Dominion of Pakistan.

Since the partition in 1947, Bangladesh presented an anomaly, not just geographically but culturally. Almost 75 million people who lived in East Pakistan included a majority of Bengali Muslims with Hindus, Christians and Buddhists constituting large minorities. Bengali Muslims looked different and had a different political outlook that leaned toward liberalism. Separated by 1600 km, there was no integration of Bengali and Pakistani culture and racial tensions between Bengali Muslims and Pathans of West Pakistan. Attempts to wipe out Bengali language from administrative and educational usage, the political thwarting of Bengali nationalist voices and overalls suppression of Bengali culture further fueled anger in Bangladesh, leading to calls for secession.

Several incidents from the years following the partition to the Bangladesh War can be seen as precursors to the movement. The cultural and political tensions, as well as the administrative challenges of governing two geographically separated wings, led to calls for separation and the birth of Bengali nationalist parties like the Awami League in Bangladesh in opposition to the ruling Muslim League.

The Language Movement of 1951 after Pakistan declared Urdu as its national language and refused repeated calls to make Bengali the second national language also helped mobilise the Awami League and gave further fillip to the Bengali nationalist movement.

While the genesis of the tensions can be traced back to the partition, the 1970 elections were a key turning point in the history of Bangladesh as they marked the first democratic elections in the country since the formation of Pakistan. The Awami League led by Sheikh Mujibur Rahman swept the elections but his party was not allowed to form the government and West Pakistan under Prime Minister Yahya Khan imposed martial law in Bangladesh.

A ‘Holocaust unm­atched since Hitler’

The Liberation War has also directly triggered by the Bangladesh genocide which started in March 1971 when the military junta in West Pakistan (Pakistan) decided to crackdown on Bengali nationalism in Bangladesh. It annulled the results of the 1970 elections held in Bangladesh won by Sheikh Mujibur Rahman and the next year, launched Operation Searchlight.

The Bangladesh Liberation war lasted for nine months during which time the West Pakistan military along with pro-Pakistani Islamist groups in Bangladesh such as the Bangladesh Jamat-e-Islam and mercenary armies called 'Razaksars' are estimated to have killed between 2 lakh to 3 million Bangladeshis and raped two to four lakh women. While the numbers are contested by historians and academics (Pakistan put official civilian casualties at a mere 26,000), there is wide consensus about the killings as genocide and the rapes as part of a genocidal campaign.

Bangladeshi nationalists, however, fought the Pakistani and Islamist militia with its own guerilla army led by the Mukti Bahini. Lt Gen (retd) Subrata Saha, Former Deputy Chief of Army Staff, writes, "Pakistan’s objective of the genocide was to force Bengalis to seek refuge in India so that a demographic change could be effected, by replacing them with West Pakistanis".

India's involvement and the Indo-Pakistan War

Throughout the Bangladesh Liberation War, India under the leadership of Prime Minister India Gandhi lent economic, military as well diplomatic support to the Bengali nationalists. Millions of Bengali refugees poured into India at the time and even more were internally displaced.

However, it was only after December 3 when the Pakistani Air Force carried out preemptive strikes on eleven Indian Air Force bases that India formally joined the Bangladesh War.

The Pakistani strikes were the beginning of armed hostilities between India and Pakistan which culminated in the fall of Dacca (present-day Dhaka) on December 16 and the liberation of Bangladesh.

Before this, the 1965 Indo-Pakistan War had caused grievances in Bangladesh as well since the Pakistani government did not lend any additional military support to the eastern fronts. India's role in the Bangladesh War, however, played an important role in the formation of independent Bangladesh.

This year we celebrate the Golden Jubilee of the war for the liberation of Bangladesh and India’s spectacular victory against Pakistan. It is also the birth centenary of Sheikh Mujibur Rahman. But we must not forget that this was a war against Pakistan’s genocide on the people of erstwhile East Pakistan.

According to Lailufar Yasmin, Professor, Department of International Relations, University of Dhaka, India's support for the Bangladeshi liberation war and its treatment of the millions of Bangladeshi refugees pouring into India, reflected the Gandhian and Nehruvian philosophies that dictated the country to take an overwhelming international role for fighting for those who could not do it for themselves.

It not only fought for Bangladesh at the diplomatic front but also at the military front. Yasmin pointed out that also used Track 1 and Track 2 diplomacies to internationalize the Bangladesh issue and provided direct support to the Bangladesh cause.

Today, the Bangladesh Liberation War remains a symbol of the power of revolution and democracy as well as the friendship and camaraderie between India and Bangladesh.