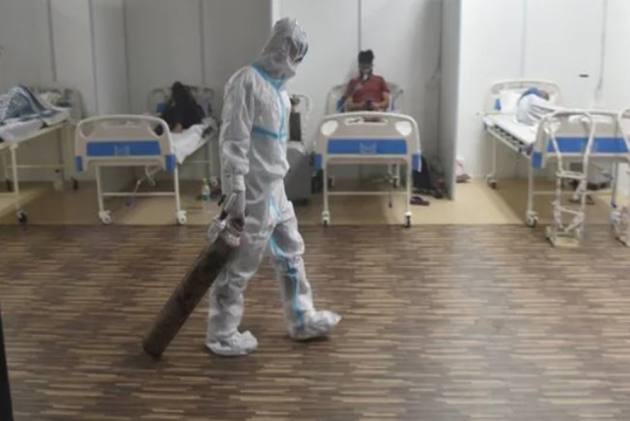 The Indo-Tibetan Border Police (ITBP) began functioning a Covid care centre with 500 oxygen-supported beds from Monday with the admission of at least 25 patients, officials said.

The facility, named Sardar Vallabh Bhai Patel Covid Care Centre (SPCCC), has been opened in view of Delhi registering a sharp rise in coronavirus cases and its healthcare system creaking under the pressure.

It is located at the Radha Soami Beas campus in the Chhattarpur area of south Delhi.

The border guarding force, ITBP, designated by the Union home ministry as the nodal agency to run the facility, has said there would be no walk-in admissions to the centre. Admission at this centre will be made after approval by district surveillance officers in Delhi.

ITBP has said that treatment at this centre will be free of cost.

"The SPCCC has started functioning on Monday. About 25 patients have arrived till about 11 am and more are expected," ITBP spokesperson Vivek Kumar Pandey said.

Videos and photos provided by the force showed ambulances bringing in patients and they being admitted after preliminary checkup conducted by ITBP doctors and para-medical staff under a tented canopy in the porch.

Earlier, Chief Minister Arvind Kejriwal visited the facility and thanked the Union government for providing doctors and medical staff at the centre. He said 200 ICU beds will also be arranged at the facility.

According to an official, patient details like age, address, contact number, oxygen level, pulse and comorbid conditions will be obtained and after assessment by a team of doctors, those eligible to get admitted will be communicated through their contact number.

He said the DSOs will also be empowered to recommend patients to the SPCCC.

A team of 50 ITBP and other organisations' doctors, about 80 paramedics and nursing staff, security personnel of the border guarding force and other administrative staff have been tasked to run the centre that is expected to add more beds in the coming days.

The Ministry of Home Affairs (MHA) had declared on April 22 that the SPCCC, which was made operational in July last year and shut-in February this year as coronavirus infections declined in the national capital, was being restarted on the Delhi government's request as the cases are rising rapidly once again.

A total of 11,657 Covid-19 patients were treated at this centre between July-February.

Delhi is currently facing an acute shortage of oxygen beds for serious Covid-19 patients and has almost run out of ICU facilities amid soaring infections. It recorded 350 Covid-19 deaths and 22,933 cases with a positivity rate of 30.21 per cent on Sunday.