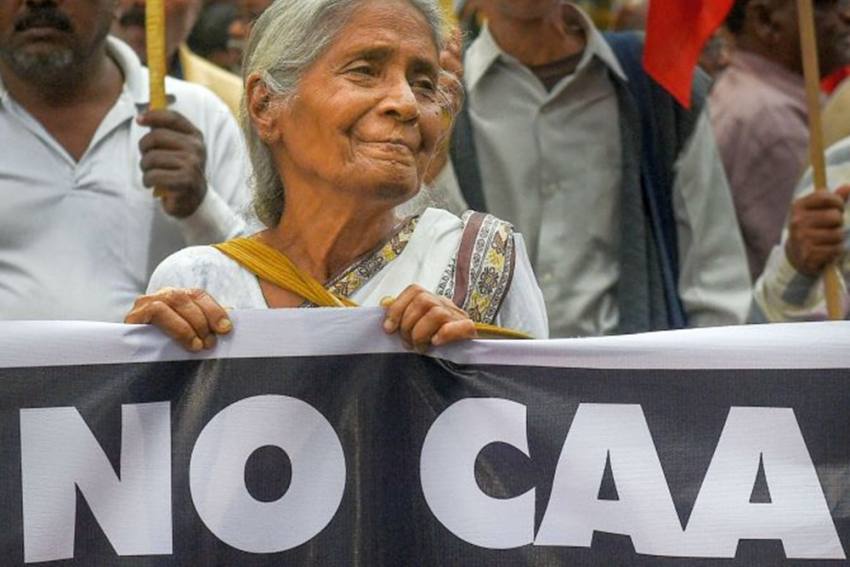 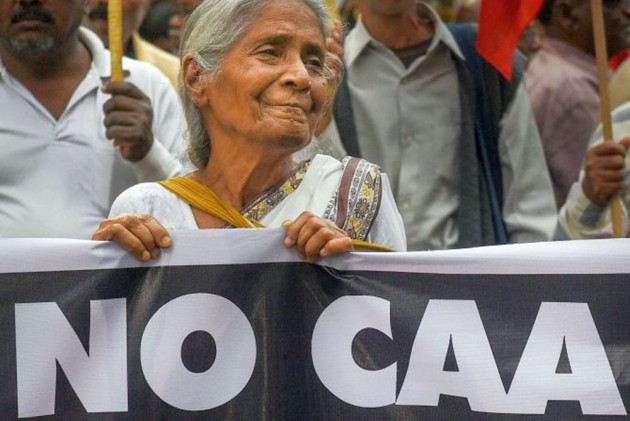 Only six people from Bangladesh have been granted Indian citizenship in 2020 after the contentious Citizenship Amendment Act (CAA) was passed in December last year, official data tabled in Parliament shows-- a number which could help the ruling BJP counter the narrative against the legislation in Assam ahead of assembly polls next year.

The passage of CAA in Parliament triggered widespread protests across the country, and especially in Assam where illegal influx of people from Bangladesh is an emotive issue and has shaped election discourses since the 1980s.

CAA grants Indian citizenship to persecuted non-Muslims from three neighbouring countries—Pakistan, Bangladesh and Afghanistan. The law has faced severe criticism across the world for using religion as a basis for determining refugees.

In a written reply in Rajya Sabha, junior home minister Nityanand Rai said records of citizenship are maintained under the Citizenship Act, 1955. “These records are not maintained religion-wise,” he added.

The government said 2,729 people from 44 countries have been granted Indian citizenship since 2017 to September 17 this year. The data has been “generated from online citizenship module”, the government added.

Pakistan accounted for the most number of these people—2,120 in the last four years—followed by Afghanistan with 188. The number of people from Bangladesh who have become Indian citizens in four years is 99, out of which 25 were granted citizenship in 2019.

The passage of CAA had sparked violent protests across Assam and at least five people were killed in police firing, bringing back memories of the six-year-long anti-foreigners agitation between 1979-1985. Delhi’s Shaheen Bagh had become a symbol of protest against CAA, with hundreds of women leading months off uninterrupted protests till the pandemic hit.

Growing anger against the BJP—which came to power in the state for the first time in 2016—recently saw the birth of a new political party--Assam Jatiya Parishad (AJP). It was floated by the All Assam Students’ Union (AASU) and the Asom Jatiyatabadi Yuba Chatra Parishad (AJYCP), which had spearheaded the anti-foreigners agitation. The party will contest the assembly polls in 2021.

The AASU and opposition political parties—including the Congress—had termed the CAA a “betrayal” by the BJP which had played the anti-foreigner card to sweep the polls. Though there is no official data on the number of undocumented migrants from Bangladesh—Assam shares a 268-km boundary with the country—figures cited by organisations like AASU and others range from several lakhs to more than a crore.

The AASU, however, made it clear that not a single foreigner who entered Assam without valid documents after March 24, 1971—the cut-off date as agreed upon in the 1985 Assam Accord—will be allowed. “Assam has already accepted foreigners who have come here before March 24, 1971. We signed the Assam Accord after the agitation. Now, there is no question of accepting anyone after that cut-off date...not a single individual. It’s simple and clear,” says AASU general secretary Lurinjyoti Gogoi.

A political analyst affiliated to the BJP said that the numbers will help the BJP counter the narrative that the CAA will flood Assam with “Bangladeshis”, a term used to mainly describe all illegal migrants. “Since the beginning the party and the government have been saying that the number of persecuted non-Muslims is just a few. I hope the data will help the people see the truth,” the analyst added.

A senior spokesperson of the BJP in Assam, Pabitra Margherita, too said the numbers show that very few people (seeking citizenship) are from Bangladesh compared to Pakistan and Afghanistan. “The CAA movement was designed and crafted with a political agenda by a group of aspiring leaders. The agitators tried to mislead the common people of the state with an idea that lakhs of people will come from Bangladesh…The real picture is out now,” Margherita added.

Last year, more than 19 lakh people were left out of the National Register of Citizens (NRC) after a controversial exercise to determine the number of Indian citizens in Assam. The final NRC on August 31, 2019, included 3.11 crore names.

The Assam government, however, rejected the NRC claiming that many ineligible persons managed to include their names while genuine Indian citizens were left out from the database.

Two Men And A Statue: No Bound To Tamil Nadu's Fixation With Statues