Lauding the officials for implementing the scheme expeditiously, the chief minister said Modi's remarks against the loan waiver was not expected. 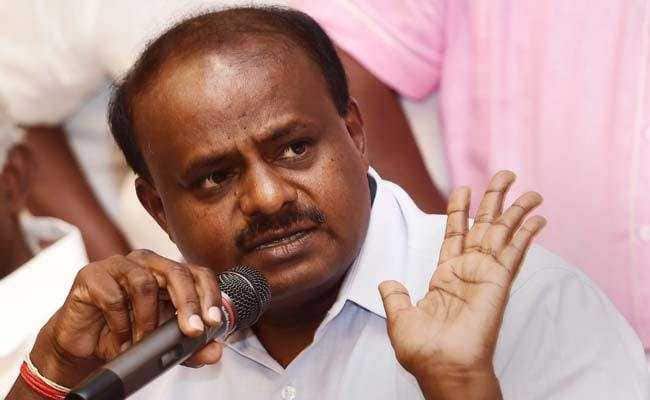 "The Prime Minister's remarks on our loan waiver is incorrect and unfortunate," said Kumaraswamy in a statement his office issued here.

Interacting with BJP's booth workers in Karnataka through video-conferencing from New Delhi on Friday, Modi said the state's loan waiver scheme was a cruel joke on them (farmers).

Reiterating that crop loan waiver was the state government's commitment to safeguard the interests of the farmers across the state, which began the process, the Chief Minister's statement said it was very sad that Modi had termed the scheme as a cruel joke on farmers, which amounts to misleading the people without facts about the scheme.

"Our crop loan waiver is an open book and information is available online, unlike in many other states. The state government is handling tax payers' money with caution to reach the real beneficiaries (farmers)," asserted the Chief Minister.

Claiming that about 60,000 farmers had been paid Rs 350 crore by electronic transfer into their individual bank accounts to date, the Chief Minister said by next week, another 1 lakh farmers would be paid Rs 400 crore through their account.

"All middlemen in the cooperative sector have been weeded out. Other states have shown keen interest in our system, which uses Aadhaar unique identification number, electronic authentication of land records and ration cards to ensure only genuine farmers get the waiver," said Kumaraswamy in the statement.

Lauding the officials for implementing the scheme expeditiously, the chief minister said Modi's remarks against the loan waiver was not expected.

"In spite of several requests, though the central government did not come to the rescue of our farmers, the Prime Minister's remarks demean our efforts for political gain," the Chief Minister lamented.