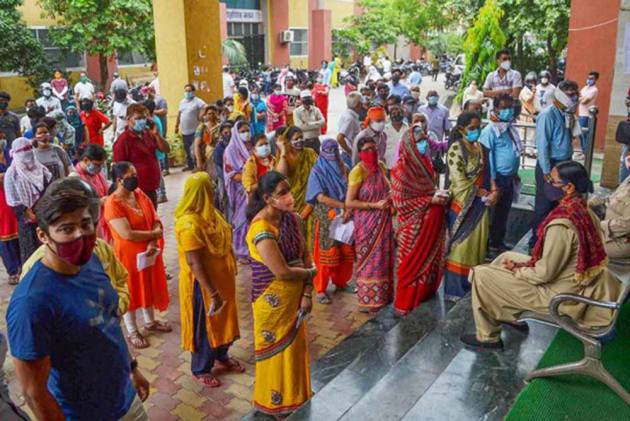 A recent study jointly conducted by the Banaras Hindu University and the Centre for Cellular and Molecular Biology (CCMB) has found that there are at least seven major coronavirus variants circulating in Varanasi and its adjoining areas.

The study sequenced 130 samples. The samples were collected during the peak of the second wave in April.

"Among the Variants of Concern (VoC), the most predominant variant we found in our study was B.1.617. This variant was also reported to be one of the major drivers of the second Covid-19 wave in India," said professor Royana Singh, who heads the Multidisciplinary Research Unit.

The B.1.617 variant contains mutations from two separate virus variants, namely E484Q and L452R. The strain, which was first only found in Maharashtra, Punjab, and Delhi has now been reported in West Bengal, Andhra Pradesh, Gujarat and Telangana as well.

According to health experts, the L452R variant was first found in the US, whereas the E484Q variant is indigenous.

The constituent mutated strains E484Q and L452R were found to be highly infective with high transmission rates. Therefore, they make B.1.617 more infectious and deadly.

“Just as in most of India, the B.1.617.2 variant (aka Delta variant) was the most common one in the samples we studied. They were found among 36 per cent of the total samples. Other VoCs such as the B.1.351, detected in South Africa for the first time, was also found in this area," said Rakesh Mishra, adviser at CCMB.

“This study confirms yet again that the Delta variant is the most widespread coronavirus variant in the country right now. But at the same time, it is imperative for us to keep an eye on the other emerging variants in the country to prevent another unprecedented surge of cases," he added.