Vijayawada police Commissioner said that they have shifted about 20 of total 30 patients to various hospitals. 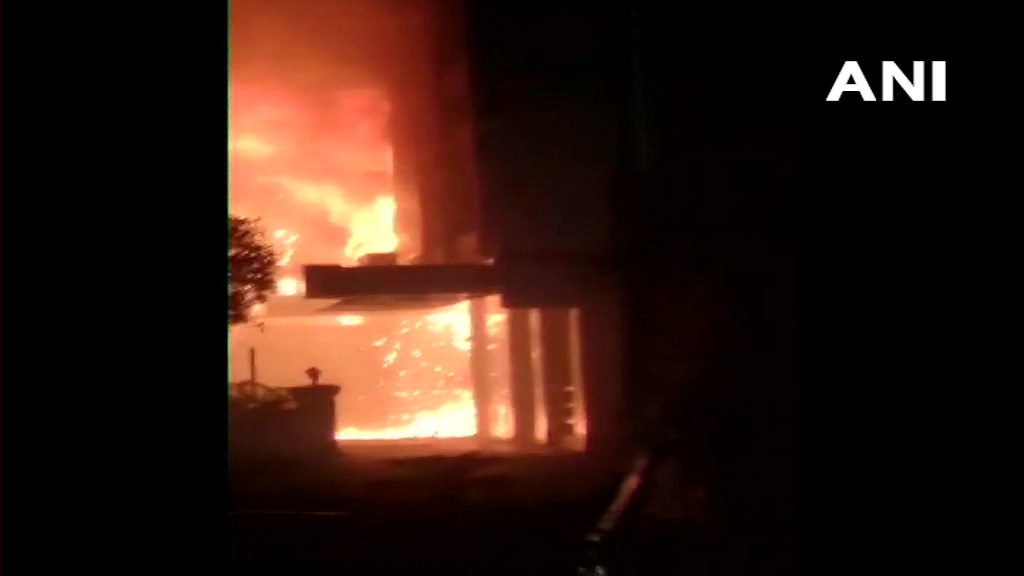 As many as 10 patients were killed on Sunday in a fire accident at a hotel which was converted into a  Covid-19 care facility in Vijaywada.

Andhra Pradesh Chief Minister Y S Jaganmohan Reddy ordered action against those responsible for the blaze. He also announced an ex-gratia of Rs 50,000 to the kin of those who lost their lives.

The hotel was leased by a private hospital to treat coronavirus-infected patients and it apparently violated safety rules, Director of Fire Services Jairam Naik told Outlook.

Health Commissioner Kattamneni Bhaskar told Outlook that further action will be initiated only after the district collector submits his report based on the facts provided to him by the Fire Services Department. “No hospital will be spared if they are found negligent,” he added. The state government has also ordered a probe.

There are as many as 138 hospitals in the state. In Vijayawada alone, there are around 30 hospitals.

According to official sources, there are 10,000 unoccupied beds available in hospitals which were specifically designated to deal with the pandemic. As the government has made it clear that only acute patients be admitted in Covid-designated hospitals and some of those affordable few who with mild symptoms opt this ‘make shift’ hospitals set up in hospitals.

District Collector Mohd Imtiaz described the fire incident as ‘unfortunate’ and blame people for not utilising the government-run Covid hospitals. He said though the government is providing best facilities to treat the Covid-19, patients still preferred private corporate hospitals.

State Home Minister M Sucharita said that preliminary reports suggest that the cause of fire was a short circuit.

Sources in the Fire Services department said that the hotel building violated several guidelines as a result, the Fire and National Disaster Rapid Force officials who swung into action for rescue operation had to face hardship to get into the hospital and shift people inside to safer place.

There were 30 patients undergoing treatment at the facility and 10 hospital staff.

Union Home Minister Amit Shah also expressed anguish and assured the Centre's support. "Deeply anguished by news of tragic fire accident at a COVID19 facility in Vijayawada, Andhra Pradesh. Centre assures all possible support to state govt. Condolences with affected families in this time of grief. Praying for speedy recovery of those injured," he said.