7.9% Cancer Cases In India Were Recorded In Children: ICMR

The report has been prepared by the Indian Council of Medical Research and National Centre for Disease Informatics and Research, Bengaluru. 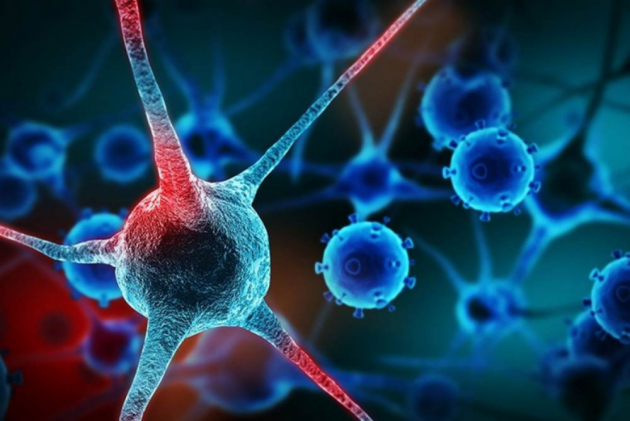 A total 6.10 lakh cancers have been reported between 2012 to 2019 with 52.4 percent and 47.6 percent reported in males and females respectively under the National Cancer Registry Programme (NCRP).

The Childhood cancers (0-14 years) comprised 7.9 per cent of all cancers, according to the report titled "Clinicopathological Profile of Cancers in India: A Report of Hospital Based Cancer Registries, 2021".

Cancers in sites associated with tobacco use comprised 48.7 per cent of cancers among males and 16.5 per cent among females, it said.

The report was prepared by the Indian Council of Medical Research - National Centre for Disease Informatics and Research, Bengaluru.

According to the report, cancers of the head and neck region accounted for nearly one third (31.2 per cent) of the cancers among males. Gynaecologic cancers, including breast cancer (51 per cent), accounted for over half of all cancers in females.

The highest proportion of cancer from all sites were reported in the age group 45 to 64 years, except for prostate cancer, which was higher in those over 65. Over 90 per cent of the cancers in different organ sites got diagnosed by microscopic examination, the report said.

Over one-third of patients with cancers of the tongue, larynx, thyroid, corpus uteri, kidney (including children), bladder and retinoblastoma had localized disease at the time of presentation.

Chemotherapy was the most typical treatment modality for many cancers regardless of the clinical extent of disease at presentation, including cancers of the liver, gall bladder, stomach, lung and childhood cancers, the report stated.

Regardless of the organ site and clinical extent, most cancer patients, were initiated on cancer-directed treatment within 8 to 30 days of diagnosis.

Over half of the patients with cancer of the brain and nervous system and about one-third of the patients of lung, prostate, bladder and thyroid cancer with localised disease, diagnosed at the reporting institution were initiated on cancer directed treatment on the same day, the report stated.

The report is based on seven-year data of cancer cases from 96 Hospital Based Cancer Registries HBCRs' under the NCRP. The data pertains to all diagnosed and treated patients of confirmed malignancies reported to these centres across the country.

Cancer surveillance is an essential part of cancer prevention and control efforts. The Indian Council of Medical Research (ICMR) started the National Cancer Registry Programme (NCRP) in 1981, through a network of Population and Hospital Based Cancer Registries (PBCRs and HBCRs).