80 Flights To And From Delhi Airport Cancelled On Day 1, Passengers Say No Prior Notice From Airlines

Several passengers complained that their flights had been cancelled without prior notice from the airlines. 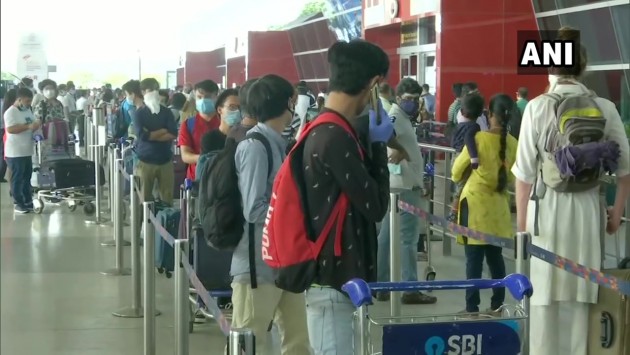 As the civil passenger flight services resumed Monday after two-months, at least 80 flights were cancelled at the Delhi airport leaving the passengers in the lurch.

There were chaotic scenes at the Delhi airport with several passengers complaining that their flighst were cancelled with any prior notice from the airlines.

"Only when our boarding passes were scanned at the airport entry we were told that boarding has been cancelled. We don't know what to do now," ANI news agency quoted a passenger as saying.

There have been 17 departures and five arrivals at Bengaluru's Kempegowda International airport on Monday till 9 am. Nine flights have also been cancelled.

Passengers of an Air India Bengaluru-Hyderabad flight said their flight has been cancelled, without prior notice from the airline.

Another passenger at Mumbai's Chhatrapati Shivaji International airport said that her Air India flight to Delhi has been cancelled without prior notice.

Scheduled commercial passenger flights were suspended on March 25, when the Centre imposed a nationwide lockdown to prevent the spread of the novel coronavirus.

Scheduled commercial passenger flights were suspended on March 25, when the Centre imposed a nationwide lockdown to prevent the spread of the novel coronavirus.

The first passenger flight from Delhi airport IndiGo 6E643 departed for Pune, while the first domestic passenger flight to arrive at Delhi on Monday was from Ahmedabad and it was of SpiceJet, the officials said.

All passengers were seen wearing gloves and face masks. They were screened before entering the airport. The airport maintenance staff is ensuring effective sanitisation and disinfection of the terminal buildings, including the vital and high touch point areas.