9 AAP MLAs In Delhi In Touch With Us To Join Party: Congress

Delhi Congress spokesperson Jitendra Kochar alleged there was "stampede" in AAP since the Congress refused to tie up with the Arvind Kejriwal-led party. 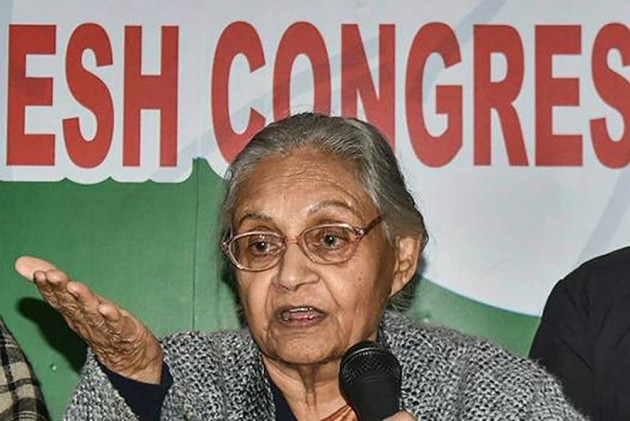 A day after rejecting an alliance with AAP for the upcoming Lok Sabha polls, the Congress Wednesday claimed that nine MLAs of the ruling party in Delhi were in touch with it.

Kumar had, however, said that he had no plans to join the Congress.

Meanwhile, Kochar alleged there was "stampede" in AAP since the Congress refused to tie up with the Arvind Kejriwal-led party.

"There is stampede in AAP since its efforts of alliance have been rejected by the Congress. Around 9 sitting AAP MLAs are in touch with us and want to join the Congress. They have talked to Sheila Dikshit and let us see when do they join the party," he told reporters.

The Aam Aadmi Party (AAP) refused to comment on the claims.

Kumar said he visited the Delhi Congress office along with a delegation of Valmiki community members and met Dikshit over their demand for political representation.

"I did not go there to join the Congress. The Valmiki community wanted me to accompany them to meet Dikshit," he said.

The Sultanpuri MLA also said he was actively working for the Bahujan Samaj Party (BSP) in his constituency, even though he has not officially joined the party.

Dikshit had on Tuesday announced that the Congress would not form an alliance with AAP in the national capital for the upcoming Lok Sabha elections.

The AAP leaders had hit back, claiming Congress has a "secret understanding" with the BJP and asserted that their party was ready to fight against the "unholy alliance".