The fire broke out at Arpit Palace Hotel located on Gurudwara Road in Karol Bagh. 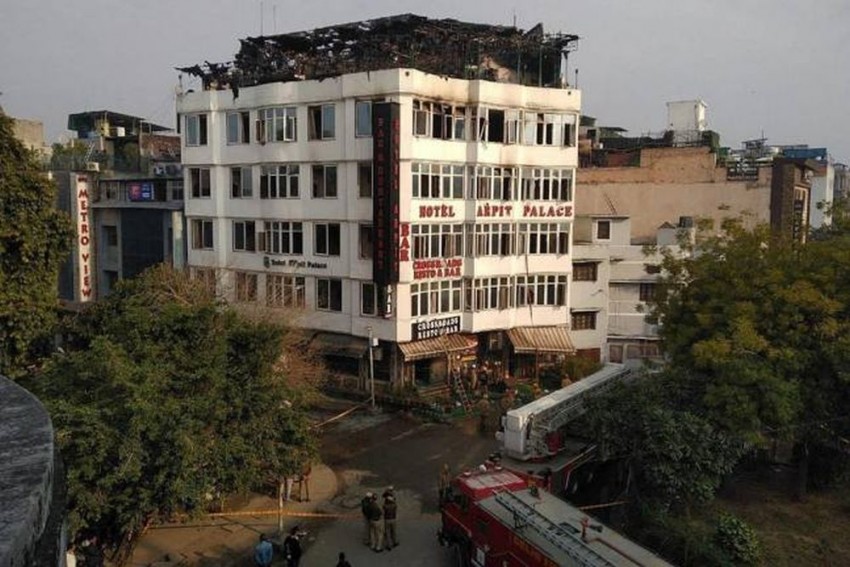 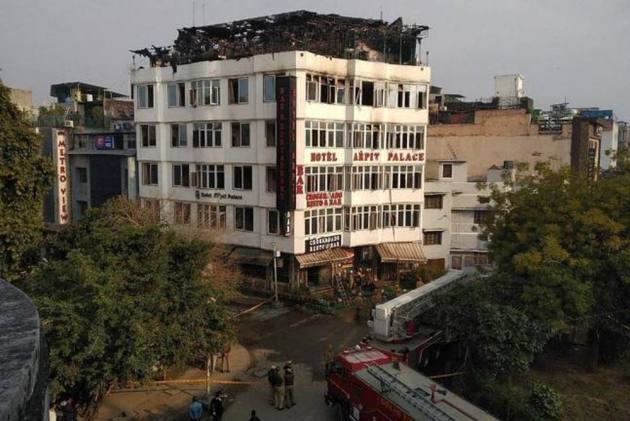 At least 17 people were killed in Delhi on Tuesday after a  fire broke out in a hotel in Karol Bagh.

The fire broke out at Arpit Palace Hotel located on Gurudwara Road in Karol Bagh.

The hotel owner, Shardendu Goel, is absconding after the incident, he said.

A call about the fire was received at 4.35 am and 24 fire tenders were rushed to the spot, a senior officer from the Delhi Fire Service said.

Thirteen bodies are at the RML Hospital, a senior doctor said.

The dead includes a child.

A video of the incident showed two people jumping from the fourth floor of the burning building.

According to eyewitnesses, most deaths were caused due to suffocation.

They said wooden panelling in the corridors of the hotel contributed to the quick spread of the fire.

A fire department official said some fire extinguishers were found used suggesting people trapped inside tried to douse the fire in a bid to escape.

A short circuit is suspected to be the cause of the fire that broke out at the hotel in the early hours of Tuesday, a senior civic official said.

In UP, Congress Will Play On 'Front Foot', Form Govt In State: Rahul Gandhi