9 Killed In Landslides In U'khand, J&K Death Toll In Kerala Floods Rises To 76

Rains subsided in many parts of the flood-hit states, where over 12 lakh people have been affected, and the water level has started receding in the deluge-ravaged area. 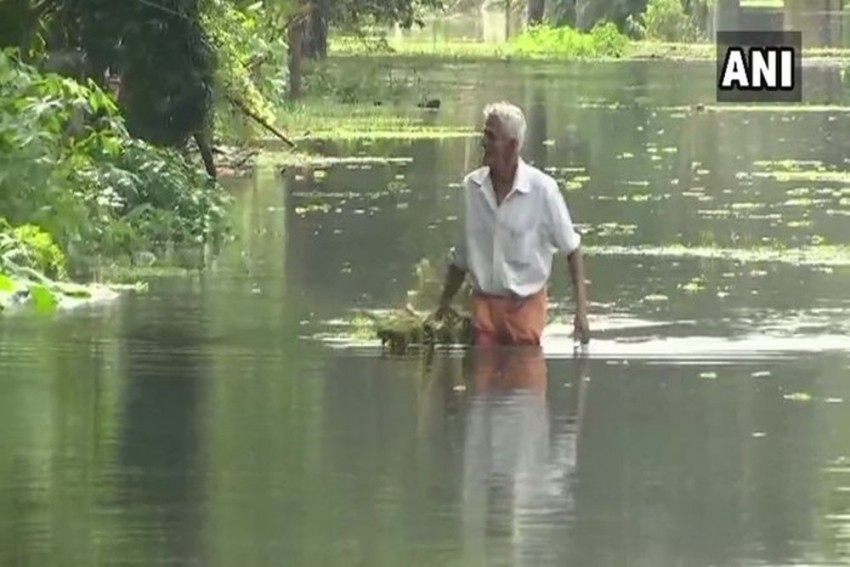 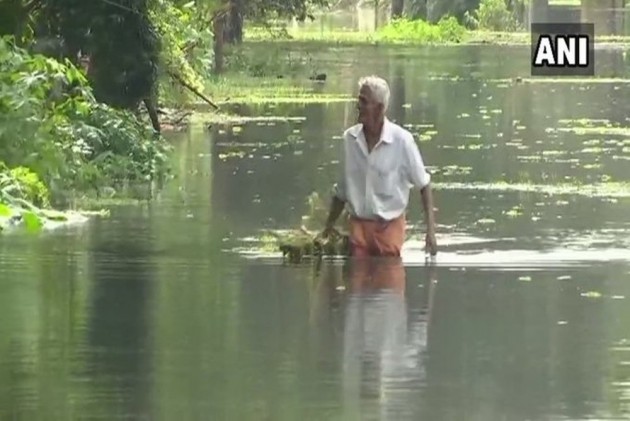 Heavy showers lashed Uttarakhand and Jammu, leaving nine people dead in landslides, while rescue and relief operations continued in Kerala, Karnataka, Maharashtra and Gujarat on Monday with the death toll climbing to 173 in the four flood-hit states.

Rains subsided in many parts of the flood-hit states, where over 12 lakh people have been affected, and the water level has started receding in the deluge-ravaged areas, officials said.

The death toll in Kerala increased to 76 on Monday, while in Karnataka, Gujarat and Maharashtra 97 people have lost their lives so far due to the monsoon fury, as per official data.

Nearly 125 people stranded on a road washed away by floods in Gujarat's Kutch district were rescued by the Indian Air Force (IAF), while in Karnataka and Maharashtra, works were started to repair roads damaged by landslides and heavy rains.

In the hill state of Uttarakhand, which is being lashed by heavy rains, six persons, including a woman and her nine-month-old daughter, were buried alive in landslides in three different villages in Chamoli district.

Erosion caused by swirling waters of the flooded Chuflagad River also washed away two buildings on its banks.

The state emergency operation centre in Dehradun said the debris of landslides fell on three houses in Banjabgad, Aligaon and Lankhi villages in the district's Ghat area trapping occupants.

The six people suffocated to death, the centre said.

In Jammu and Kashmir, three members of a family died after they came under a boulder during a landslide in Resai district.

Two others were also injured in the incident, that took place on Sunday evening in Laar village in the district's Mahore belt.

In states hit by floods, several roads were cleared on Monday, allowing partial movement of traffic, with priority being given to trucks carrying essential goods.

The Mumbai-Bengaluru National Highway-4, that was closed near Kolhapur in Maharashtra for last six days, was partially opened for traffic on Monday, after the flood waters receded and thousands of stranded trucks carrying essential commodities were allowed to move.

Traffic movement was also allowed between Kolhapur and Belgaum in Karnataka.

Precaution is being maintained in the deluge-hit states as most rivers are in a spate and water is being released from reservoirs.

Congress leader Rahul Gandhi on Monday visited flood affected areas in his Wayanad Lok Sabha constituency in Kerala, including worst-hit Puthumala, and assured all help to those hit by the calamity to rebuild their lives.

In the national capital, it was a humid Monday morning with the minimum temperature settling at 28 degrees Celsius, a notch above the season's average.

Humidity was recorded at 84 per cent at 8.30 am. The Safdarjung observatory recorded 0.2 mm rainfall till 8.30 am while Lodhi Road received 0.8 mm rainfall.