The two-day event that will see participation from 1,500 delegates across organisations of farmers, women, youth, and labourers, is aimed at “intensification and expansion” of the ongoing movement against the Centre's farm laws. 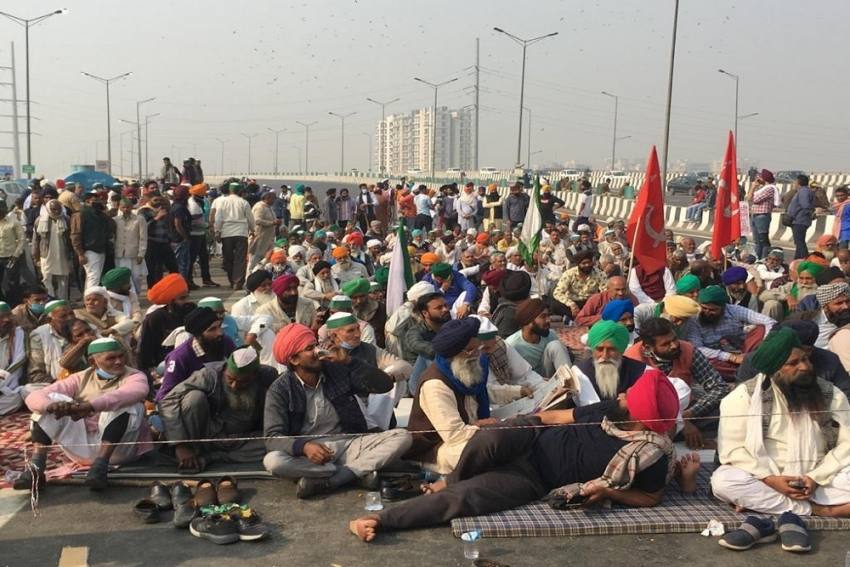 With the farmers' agitation against three controversial farm laws completing nine months on August 26, farmer leaders from across the spectrum met for a national convention at the Singhu border on Thursday to mark the occasion. The event is taking place after reports of farmer leaders planning a 'Mahapanchayat' to mark the 9 months of protest and discuss the movement's current plan of action.

The two-day convention at Singhu will see participation from 1,500 delegates across organisations of farmers, women, youth, and labourers, which is aimed at “intensification and expansion” of the ongoing movement against the Centre's farm laws.

As part of the convention, three sessions will be organised on Thursday, including the inaugural session, and one each on industrial workers; agriculture labour, rural, poor and tribal people.

Among the topics that the convention is expected to discuss are “repeal of all three pro-corporate farm laws, legal guarantee for MSP of all crops, repeal of Electricity Bill, 2021, and no prosecution of farmers under the Commission of Air Quality Management in NCR and Adjoining Areas Bill 2021”.

Farmers have been agitating at the Delhi borders demanding the repeal of the three laws since November last year. They have repeatedly expressed fear over the laws doing away with the minimum support price (MSP), leaving them at the mercy of big corporations.

Over 10 rounds of talks with the government that has been projecting the laws as major agricultural reforms have failed to break the deadlock between the two parties.

“It is sad that it's been nine months but the government is still not ready to talk. But we should not feel demotivated. During this convention we will reflect on what we have lost and what we have gained over the last nine months,” said Bharatiya Kisan Union (BKU) leader Rakesh Tikait while addressing the protesters at the Singhu border.