DMK voted back to power after a decade 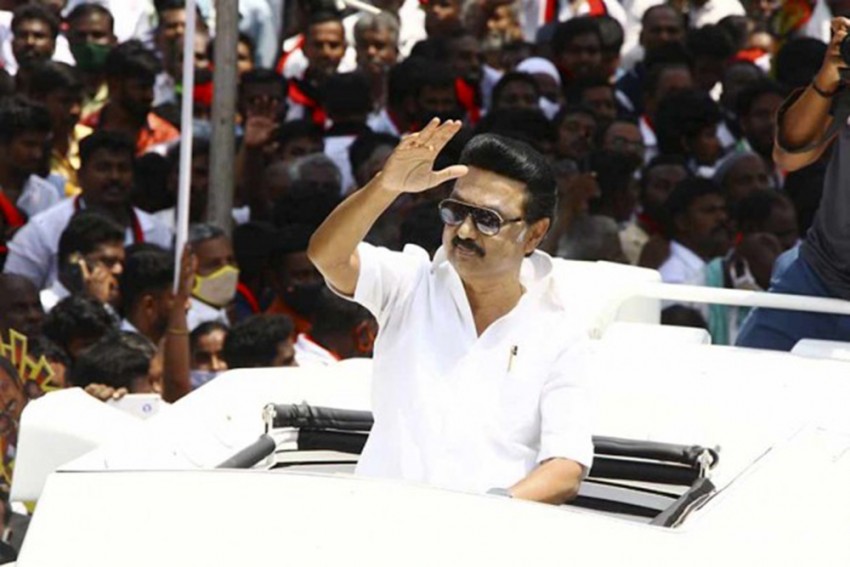 The voters of Tamil Nadu have signaled a vote for change as the DMK is comfortably placed to cross the majority mark of 118. With M.K. Stalin set to become the Chief Minister, his posh residence on Chittaranjan Road in Alwarpet became the hub of political and bureaucratic activity on Sunday.

While DMK bigwigs had streamed in since the morning, the officialdom made a beeline later in the afternoon as the DMK’s own lead went past the 120-mark. The state Chief Secretary and DGP were confabulating with the CM designate on the arrangements for the swearing-in.  The Chittaranjan Road bungalow will actually be home to two MLAs - Stalin and his son Udhayanidhi both of whom were winning with huge margins from two Chennai seats. And if Stalin wishes it could house two ministers as well.

While the local media had been plastered with tentative lists of ministers and their portfolios the final shape is expected to be given by Stalin and Udhayanidhi. It remains to be seen if Udhayanidhi – a first-time MLA – would be accommodated in the ministry. His mother Durga Stalin is apparently pushing for it, citing the example of Aditya Thackeray – a first-timer – inducted as minister in his dad Uddhav Thackeray’s ministry in Maharashtra.

A sweeping win for the DMK with over 170 seats for its alliance – as predicted by many opinion polls - would have left Stalin without any doubt that he had the people’s mandate to form a government of his choice unmindful of criticism about dynasty and nepotism. But the underwhelming nature of the DMK’s present win means that he has to watch his steps as he would be facing strong Opposition in the Assembly.

The AIADMK might have been defeated but not vanquished as many expected. Led by the doughty Edappadi K. Palansiwami, the party leads in over 80 seats and has also enabled the reentry of two of its allies – the PMK and BJP – into the Assembly. EPS has proved that the AIADMK continues to be a force to reckon with even in the post-Jayalalithaa scenario. EPS himself led from the front winning his Edappadi seat by over 60,000 votes and reestablishing the AIADMK’s hold over the western districts of the state. “The very fact that he prevented a landslide for the DMK shows that he has emerged as a leader in his own right. He disproved the widely held notion that there was strong anti-incumbency against the AIADMK government,” observed political commentator Sumanth Raman.

For Stalin, the outcome is further confirmation of his strong leadership - something he had already exhibited in the 2019 Lok Sabha election. He proved himself to be a tough negotiator as he stared down his allies into paring down their share in the alliance and also by engaging election strategist Prashant Kishor to fine tune his party’s electoral strategy. The DMK did benefit by Kishor’s inputs as it helped packaging Stalin as a capable leader.

The first days in power would be the most challenging as Stalin has to balance between tackling the second wave of the pandemic and implementing his election promises within the first hundred days. While he had his father’s experience to fall back on when he used to be the deputy chief minister, Stalin would now have to prove his capacity to rule all by himself.