A Day Ahead Of DDC Poll Results, Two PDP Leaders Detained In Kashmir

Move reeks of political vendetta as BJP is set to lose the polls, say NC, CPM 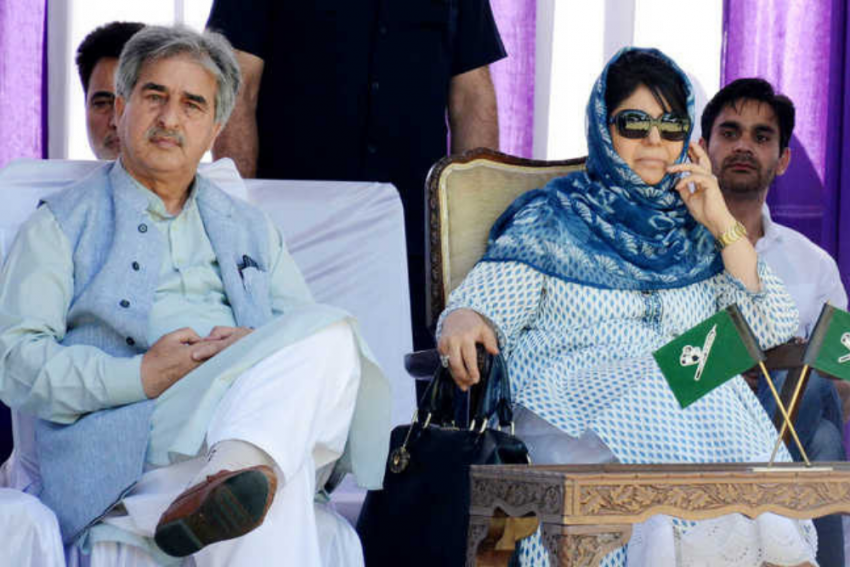 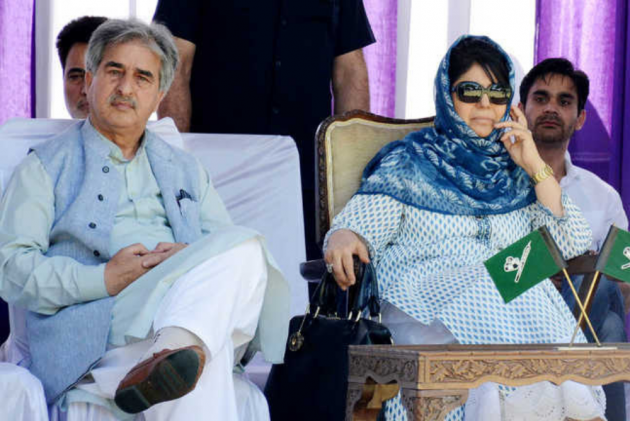 A day ahead of declaration of the District Development Council (DDC) results, the two senior Peoples Democratic Party (PDP) leaders have been taken into custody.

The National Conference said the BJP will lose badly in the DDC polls and has now resorted to political vendetta.

“Total lawlessness as PDPs Sartaj Madni & Mansoor Hussain have been arbitrarily detained today on the eve of DDC election results. Every senior police officer here is clueless as it is “upar say order”. No rule of law in J&K anymore. It is out & out Gunda Raj,” former Chief Minister Mehbooba Mufti tweeted.

Total lawlessness as PDPs Sartaj Madni & Mansoor Hussain have been arbitrarily detained today on the eve of DDC election results. Every senior police officer here is clueless as it is ‘upar say order’. No rule of law in J&K anymore. It is out & out Gunda Raj.

Both the leaders were detained in South Kashmir’s Anantnag district. Madni is maternal uncle of Mehbooba.

CPI (M) Secretary Ghulm Nabi Malik Monday termed the detention of senior PDP leaders in Anantnag as unwarranted and uncalled for and demanded their immediate release.

“The detentions have come just a day before the results of DDC polls and we consider it sheer political vendetta. Rule of law is being flouted with impunity in Jammu and Kashmir,” the CPI(M) leader said.

“The need was to restore democratic rights of people but instead civil liberties are being curtailed which adds to the disillusionment of people,” he added.

State Election Commissioner K.K Sharma said arrangements are in place for the counting of votes in all the 280 DDC constituencies. The counting will begin at 9am on December 22 simultaneously in all the districts.

In a statement here, the National Conference condemned attaching of properties of the NC president Dr Farooq Abdullah. “The sudden move against Dr Farooq has been taken to divert attention from the ground that BJP seems to be losing in J&K. It is not a coincidence that the BJP ordered this action on the day DDC polls ended because they know how badly they have fared and are now extracting their revenge in advance of the drubbing they will receive at the hands of people,” National Conference district presidents said in a joint statement. The local news agencies predicted 150 seats for People’s Alliance for Gupkar Declaration out of 288.

“The attached properties include three residential houses, one at Gupkar Road, Srinagar; one at Tehsil Katipora, Tanmarg, and one at Bhatindi, Village Sunjwan, (Jammu); commercial buildings at posh Residency Road area of Srinagar,” the ED statement said.

Bharatiya Janata Party (BJP) National spokesman and the in-charge of the DDC election in Kashmir, Shahnawaz Hussain, on Monday addressed a press conference here saying the DDC poll would be remembered in India's history as there was not “even a single law-and-order incident anywhere during the entire polling process.” He said there was no complaint from the BJP or any other party.

He said the DDC elections were for development and the main issue during the campaign remained development. He said the way people showed interest in the polls and the BJP’s vote share would increase in Kashmir Valley. He said the people of J&K have strengthened democracy. “Who would win or lose, we will come to know tomorrow. But the DDC polls have strengthened the democracy,” he said. He said like any other state polling was done in the same manner in Jammu and Kashmir.

He said that three parties contested DDC polls in J&K, People's Alliance led by Dr Farooq Abdullah, the Congress and the BJP. Hussain, who called Peoples Alliance as a Gupkar Gang, said, “The BJP contested 80 seats and in the remaining 200, we supported Independent candidates.”

On the ED’s action against Dr Abdullah, the BJP leader said that the investigating agencies are doing their job independently and it’s not good to link them with politics. “Corruption has nothing to do with politics and any vendetta. Those facing corruption charges can go to the court and clear their stand there,” he added.

Meanwhile, the SEC said counting of ballot papers shall be taken on a round-wise basis after proper mixing of the ballot papers of different polling stations as per prescribed procedure and counting guidelines. The SEC said that all the arrangements are put in place with regard to counting halls and the requisite staff. While discussing necessary protocols required to be implemented for Covid-19, the SEC said that directions have already been issued to DCs concerned to adhere to Covid-19 SoPS during the counting process.