The former finance minister passed away, at the age of 66, at the All India Institutes of Medical Sciences, New Delhi on Saturday. 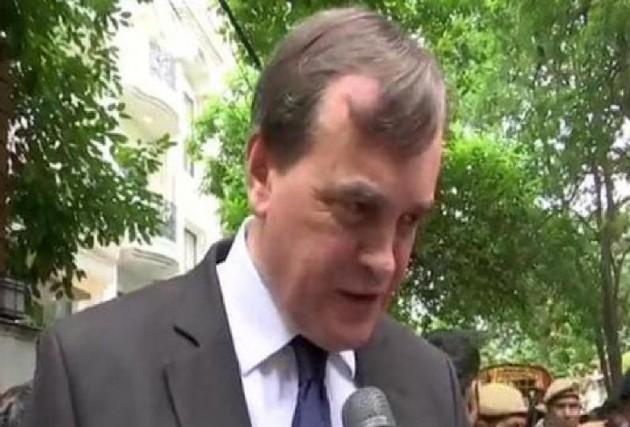 British High Commissioner to India Sir Dominic Asquith on Sunday paid tribute to former Union Minister Arun Jaitley at the latter's residence and recalled him as 'a man people in Britain treasured'.

Speaking to ANI, Asquith said: "Jaitley was a man that many people in Britain treasured, knew well, worked with, valued him for his wisdom, gentleness and humour. He will be much missed."

Ambassador of Israel, Dr Ron Malka, and Board of Control for Cricket in India acting president CK Khanna too visited Jaitley's residence to pay their last respects.

"Jaitley was a great politician. He did what he did out of patience and love for his country. We appreciate him very much. On behalf of the state of Israel and people of Israel we pay our heartful condolences and may his memory be a blessing for all," Malka said.

Mortal remains of Jaitley was brought to his residence in South Delhi on Saturday from All India Institute of Medical Sciences (AIIMS), where he breathed his last.

From his residence, Jaitley's body is now being taken to the BJP headquarters, where party workers and the public will pay their last respects.

His final journey will begin from BJP headquarters to the Nigambodh Ghat, where the last rites will be performed.

The former finance minister passed away, at the age of 66, at the All India Institutes of Medical Sciences, New Delhi on Saturday. He was admitted to the AIIMS earlier this month after he complained of restlessness. He was placed under observation at the hospital's Cardio Neuro Centre.