A Massive Fire Breaks Out At Kolkata's Bagbazar Slum

A major fire has broken out in Kolkata's Bagbazar. The reason for the fire is still unknown and the police have no reports on casualty yet. 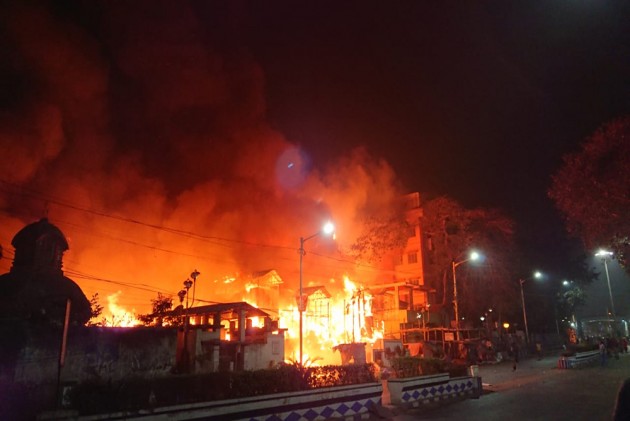 Kolkata's Bagbazar area saw a massive fire in one of its slums, on Wednesday evening. "At least 24 fire tenders were pressed into service as the blaze engulfed several houses in the slum on Kshirode Vidyavinode Avenue beside the Bagbazar Women's College near Chitpore Lock Gate Bridge", said the police.

The police have mentioned no reports on casualty yet, as most people were evacuated on time. A blast was heard at the slum which the police is suspecting to be of a gas cylinder in of the houses. "We have also snapped electricity supply in the entire area. There are at least 40 families whose houses have been gutted in the fire. A godown of books is also gutted," said Kolkata Police.

According to the locals, the fire went out of control because the firefighters arrived an hour late. Some police vehicles were also vandalised by the irate mob, following which a team of Rapid Action Force (RAF) was deployed to tackle the situation.