As the Prime Minister Narendra Modi announced the government’s decision to repeal the three farm laws, Kushal Poddar expresses his emotions through a poem titled Firm. 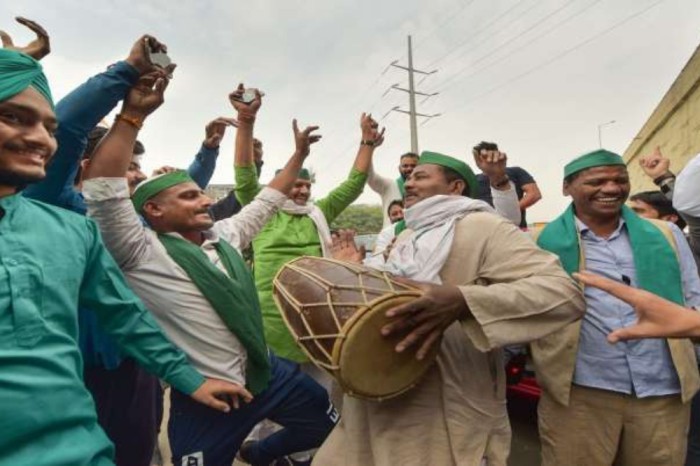 A day after farmers across the country celebrated as the Prime Minister announced the government’s decision to repeal the three farm laws, Kushal Poddar expresses his emotions through a poem titled Firm.

We did not see the progressions, he says, about a vine that had been tugging the firmament inch by inch for months on end, until the moment of ‘sudden freedom’. Firm is a play on the word Farm, Kushal says.

‘The firm standing of freedom always wins in the end. History shows, time has a way to settle what is true and just. The progress is slow, because time itself stands out of the frames of time.’ The poem uses the metaphor of the green vine to denote the Farmers' win over the contentious legislation and the pressure of the system.

This gloaming I notice -

the green creeper has ushered

the pale sky inside

through the iron bars and grills,

through the window's opening.

For months the vine

has been hefting and yanking

the firmament inch by inch.

I do not see these progressions.

I splash some water on the leaves,

say Slainte to the sudden freedom

of the space within

this room, this flesh.

but we can appreciate their taste.

An author and a father, Kushal Poddar, edited a magazine - ‘Words Surfacing’, authored eight volumes including ‘The Circus Came To My Island’, 'A Place For Your Ghost Animals', 'Eternity Restoration Project- Selected and New Poems' and 'Postmarked Quarantine'. His works have been translated in eleven languages.