The Sixth Schedule of the Constitution makes separate arrangements for the tribal areas. 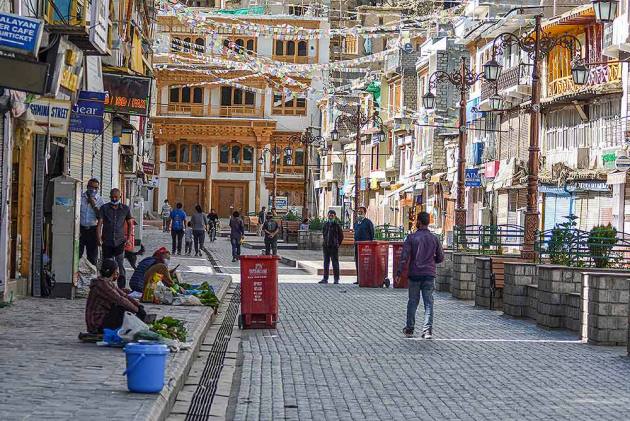 An announcement schedule of Ladakh Autonomous Hill Development Council (LAHDC) Leh polls on Saturday has sparked political controversy in the region with former chairman of the LAHDC calling for a poll boycott. In a rare poll boycott call he says, till the region is not put under the ambit of provisions of the Sixth Schedule of the Constitution, polls wouldn’t serve any purpose.

The Sixth Schedule of the Constitution makes separate arrangements for the tribal areas. Fearing settlements by outsiders in Ladakh after abrogation of Article 370 and Article 35A on August 5, 2019, people in the region are seeking tribal status to preserve demography, land, environment and unique culture.

“I am of the firm opinion that holding elections of LAHDC Leh without extending the relevant provisions of the sixth schedule of our constitution, which empowers the councils by vesting it with legislative powers, is meaningless. The democratically elected council, representing the popular will of the people of Ladakh, cannot continue to be a toothless and irrelevant ostentatious body like it was made to be so in the wake of the formation of UT Ladakh,” former chief executive councillor LADHC, Rigzin Spalbar, says.

Spalbar has written a letter addressed to the apex body of the joint political parties constituted recently for demanding the Sixth Schedule for Ladakh. In the letter he asks the apex body to boycott the polls.

On September 3, BJP led LAHDC Leh passed a resolution, seeking safeguards under Article 371 of the Constitution of India or sixth schedule or domicile law, to protect the tribal rights of the indigenous people of Ladakh.

In the 30-member LAHDC, 26 members are elected while four are nominated, with no voting rights. At present, the government is of the BJP in Leh region and in the LHDC Leh it has 18 elected representatives—Congress five, National Conference two, while one member is an independent.

Earlier, representatives of opposition parties—Congress, AAP, and BSP—had asked for the postponement of elections citing escalating border tensions and growing Covid positive cases in the region.

“Since COVID-19 pandemic and upsurge in casualties, Chairman LAHDC Leh approached LG Ladakh in writing, to take urgent measures to control the rising numbers of positive cases by suggesting a bi-weekly lockdown. It was expected that elections to constitute the 6th LAHDC Leh would be postponed. In spite of that the election schedule was announced,” says Spalbar.

The LHDC Leh, was constituted in accordance with the Ladakh Autonomous Hill Development Council Act of 1995 during PV Narasimha Rao's government, and its first election was held in 1995. Later, during Mufti Mohammad Sayeed led PDP rule in 2003 similar council was established for Kargil district.