The surgery was conducted by a 15-member team under the leadership of Dr. Sridhar K, Director and Group Head, Institute of Neurosciences & Spinal Disorders. 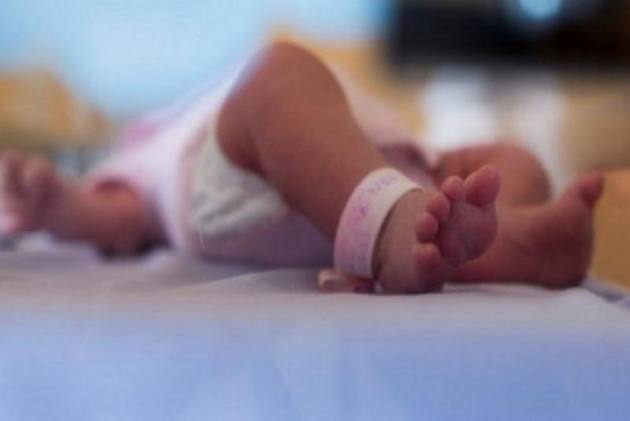 A multi- specialty quaternary care hospital in Chennai on Friday announced successful performance of a rare surgery on 16-month-old infant to treat uncontrolled seizure attack. The surgery was conducted by a 15-member team under the leadership of Dr. Sridhar K, Director and Group Head, Institute of Neurosciences & Spinal Disorders.

Dr. K Sridhar said that the patient Jai Prajit started having seizure from almost the time he was born and the problem got worse within a few months.

Dr. Arulmozhi, Consultant Pediatric Neurologist explaining about the kid’s medical condition said “the baby had a complicated birth history and developed severe asphyxia soon after. The child was admitted in the Neonatal ICU for 28 days and was on ventilation for 4 days. During that period, he started getting episodes of seizures and by the time he turned 3 months, the infant experienced 40-50 jerks per day for which he was put on various medications. He was administered up to 4 drugs but no improvement was observed.”

He further added that at the age of 1 year and 4 months the child was on 5 anti-epilepsy medication but was still experiencing 40 plus attacks per day. According to him, when Seizures or Epileptic attacks do not come under control with medications, other possibility of a surgical solution needs to be explored. It is imperative to act quickly in children as their growing brain will be affected by continued seizures, which can result in poor development.

The child’s problem was discussed at the Institute of Neurosciences and Spinal Disorders. Dr. K Sridhar and his team evaluated the child to see if surgery could help the child. An MRI was initiated which showed that the child’s brain was badly affected by the birth asphyxia. The EEG workup showed multiple separate foci in the brain from where the seizures originated and spread to the entire brain.

Dr. K Sridhar, Director, Institute of Neurosciences and Spinal Disorders, MGM healthcare said, “ We discussed the problem and findings with the infant’ parents. We informed them that surgery could be performed which would stop the spread of the seizures from one side to the other and therefore reduce the attacks. It was a difficult situation as the child’s brain was not properly developed and also had structural issues by birth. After multiple sessions of discussion with us, the parents gave their consent for the surgery. The surgery – Anterior Corpus Callosotomy is a rare procedure to be performed on children so small. was As this was the only option available to help the child, the surgery was performed. Anterior Corpus Callosotomy involves going between the 2 halves of the brain, delicately separating them and then dividing the connecting nerve fibres. This was done under high magnification and we had continuous recording of the EEG done during the surgery.”

He further added, “as the sectioning was completed the EEG showed a reduction in the seizure spikes. It was an encouraging sign for us as it showed us that we were on the right track”.

Dr. V Ponniah, Associate Director, Institute of Neurosciences and Spinal Disorders, said that, “Anesthesia for infants like Jai Prajith undergoing major surgery like this is always a challenge. More important, after the surgery the baby has to be monitored in the Neuro ICU with utmost care.”

Dr. Sridhar said, “We are happy to inform you that Baby Jai Prajith has recovered well and the seizure attacks have now completely stopped. His need for seizure drugs has also come down considerably. We are proud to say that we have been able to help this child and his parents, not only in the fact that he has become seizure-free but also to give the family an opportunity to have a good quality of life.”

Speaking on their experience, Master Jai’s parents said, “We would like to thank Dr. K Sridhar and his team at for giving us the confidence to go through with the surgery and for relieving our son from the uncontrolled seizure attacks. We also thank Dr. Arulmozhi and Dr. Arasar, Pediatrician, for guiding us towards having the surgery. It was a testing period for us and we would like to extend our gratitude to the medical, nursing and administrative teams for their diligent service and care during these difficult times for us. We are happy that our son has started responding to us and with the stopping of the fits will have a good brain development.”

As of today, the child is free of seizures and is on a minimal dose of 2 drugs. He is responding better and has started making eye contact with his mother which is a good sign. By controlling the attacks, the child has seen improvement in his cognitive abilities and a better quality of life for him as well as the parents. This way they are able to give the child’s brain the best possible chance of development and growth in the future.

Born out of a need for altruism, is obsessed with bettering patient experiences and improving clinical outcomes through expertise, passion and technology. The manifestation of this dedication to superlative health-caring is a state-of-the-art hospital on Nelson Manickam Road having 400 beds, 50 out-patient consultation rooms, over 100 critical care beds, 250+ Doctors, 12 Centers of excellence, 30+ Clinical Departments, 12 state-of-the-art Operating Theatres and 24 x 7 comprehensive Emergency Care. Here, a host of eminent surgeons and physicians wield a potent combination of skill and cutting edge technology to elevate care and outcomes to new levels. is the first hospital in Asia with the highest rated USGBC LEED Platinum-certified Green Hospital.