On the eve of Kargil Vijay Diwas, Dr N K Kalia recalls his martyred son Capt Saurabh Kalia's brave sacrifice 22 years since his killing and reflects on the lessons learnt from Kargil War. 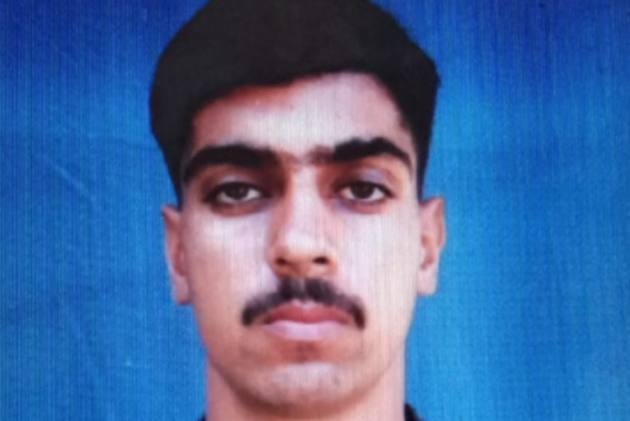 Born on June 29, 1976, Saurabh Kalia, son of a senior scientist, became the first martyr in the Kargil war after he was captured by the Pakistani Army even before the full-fledged war had started. He, along with five other jawans, was kept hostage for 20 days, and thereafter his badly mutilated body was handed over to the Indian army. 22 years on, Saurabh's father is still fighting a relentless, single-handed fight to get justice from the Supreme Court for his martyr son against the brutal and highly provocative action of the Pakistani army, which is also against a  war crime under the Geneva Convention.

Capt Kalia was commissioned in December 1998 in the 4 Jat Regiment (Infantry), got his posting at Kargil just two months. He and five soldiers were sent to  Bajrang Post at a height of 14,000 feet to check infiltration in the Kaksar area. It was here he was captured by the Pakistani army before being violently tortured and killed.

As the proud father of a martyr, what are your feelings on Kargil Vijay Diwas?

It’s a moment to feel proud about the valour, courage and sacrifice of our real heroes, the soldiers and officers –who laid down their lives to regain command over all the high outposts. The Indian army must be congratulated, commended and cheered for its glory at Kargil - one of the toughest battles fought at such a height and extremely inhospitable conditions. But while I salute the martyrs, I also know that among them was my brave son Saurabh Kalia. It’s a mixed feeling indeed.

What are your memories about your son, Captain Saurabh Kalia?

I have very fond and heart-warming memories of Capt Saurabh Kalia. He was a person with an indomitable spirit, calm yet very focussed and full of patriotic feeling. It could be because of his grooming in such a good environment at home. He achieved martyrdom at the young age of 21, quite early on in his Army career but he must have been destined to be a true soldier. I am very proud of his supreme sacrifice for the nation.

Captain Kalia's killing came at a stage when the Indian Army hadn’t yet initiated full-scale war. What do you think about the action of the Pakistani army?

The Pakistani army's action was inhuman, provocative and unjust. My son along with five other jawans who were doing their duty was captured, taken prisoner and subjected to inhuman treatment and brutal torture, such that no one on this earth can even imagine. The physical and mental abuse meted out to these brave soldiers came to light only when their bodies were handed over to the Indian army. The whole nation was in shock and the world got to see the true character of Pakistan. I also believe that had the gruesome incident not come to light, India may not have truly understood the Pakistan army’s build-up at the borders, their illegal incursion and control of our strategic high peaks in Kargil, Drass and Batalik sectors.

The account of the torture that Captain Kalia was subjected to is really bone-chilling. How have you dealt with that?

You and I can’t even imagine the scale and gravity of this inhuman torture. I have said in all my interviews that my pain is not even a fraction of what my son must have undergone in the hands of the Pakistani army. My only regret is that I wish we had the kind of leadership, and the same diplomatic international pressures when wing commander Abhinandan Varthaman was captured. The Indian government, especially Prime Minister Narendra Modi, got him released safely within 24 hours. At that time, we failed not only to get Capt Kalia’s safe release but also in taking Pakistan to task for the inhuman treatment and breach of the Geneva Convention.

You had taken up the fight for justice for Capt Kalia both at the national and international levels. You also filed a petition in the Supreme Court. What is the status of those cases?

Let me clarify. It’s not my individual fight for justice. The matter is between the Government of India and Pakistan. The whole of India wants action against Pakistan and teaches it a lesson about how to treat the soldiers with dignity and respect. I knocked on the doors of top government authorities like the President of India to Prime Minister. As nothing happened, I approached the Supreme Court and filed a petition. I really don’t know the status but no hearings have happened in the past two and half years, perhaps due to Covid-19. I  haven’t lost my hopes but I feel this issue is no longer a matter of priority for the Government. I am saying so as a humble father of a martyr.

Even today the thought of your son's torture fills you with emotion. Do you feel there is a need for closure somewhere?

I agree. All I feel is that those who lay down their lives in protecting the boundaries of the country, or the Kargil martyrs and even the jawans fighting the militancy in Kashmir should be treated with the utmost respect and their families must be taken care of. It’s not all about compensations, grant of service dues or other monetary benefits but they need a dignified life. Society must also give them its best.

Do you still feel your son's presence around you, at home when you look at his photographs or when you visit his namesake places like Saurabh Vihar?

Soldiers make supreme sacrifices to turn into immortals. They are extraordinary people. They are born to serve the nation with their blood and flesh. They write history and find mentions in textbooks, stories, films and many other forms. Capt Saurabh Kalia will remain alive forever and stories will be written about him many more times. I may not be alive after some years, but he will live many many years. I hold exactly the same feeling for every soldier dying in action even today, whether in Kashmir or elsewhere, in war or peace.

When was the last time you spoke to Capt Kalia before he attained martyrdom?

On April 30, he called his younger brother Vaibhav Kalia to wish him on his birthday. He told him about the chances of his coming home on June 30 to celebrate his own birthday. He did indeed come home, yes, but wrapped in the national tricolour.

Do you think the Pakistan army has taken some lessons from Kargil War?

Pakistan is like a rouge country. Our leaders kept appeasing Pakistan and never understood its designs in more than 70 years. Pakistan should be dealt with aggressively and unsparingly. If India of the 1970s can split Pakistan into two parts, why not Prime Minister Narendra Modi, who holds the hopes crores of Indians, deal with Pakistan? Why every day bodies of soldiers are coming home?