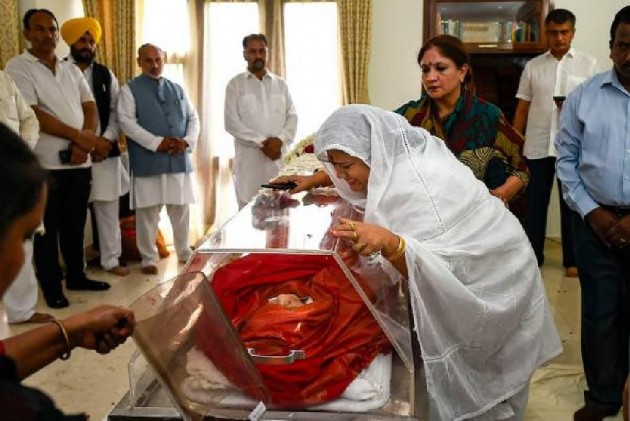 The demise of former External Affairs Minister Sushma Swaraj is not only being mourned by political leaders in India but also by the diplomats of other countries. Several envoys visited her residence today to pay her their tributes.

Russian envoy Nikolay Kudashev, who visited Swaraj's residence to pay his last respect, said: "Sushma Swaraj was well known in Russia as a steadfast defender and promoter of the international interests of India and its global power reputation.

"She was a sincere and true friend of Russia, greatly contributing to the strengthening of our special and privileged strategic partnership. She will always dwell in our hearts and memories. May her soul rest in peace".

Israeli Ambassador Ron Malka called Swaraj a great friend of Israel. "She played a big role in the remarkable progress in Israel-India relationship," he said.