'He has risen as the voice of marginalised students and is a pro-democracy activist. If you put anyone in jail now, it is like giving death sentence,'a Professor from Delhi University said on the arrest of professor Hany Babu MT by NIA. 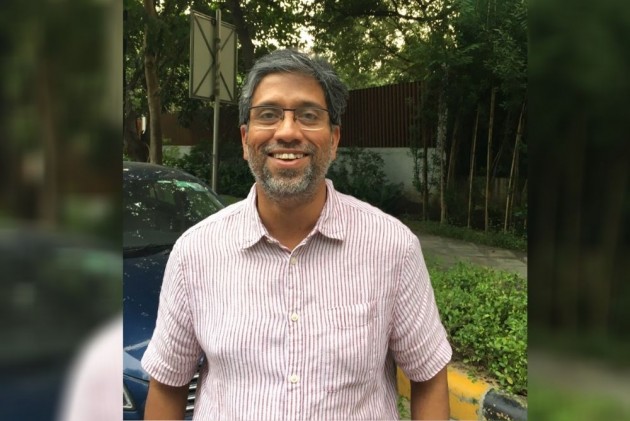 A section of the Delhi University fraternity and some student outfits condemned the arrest of professor Hany Babu MT by the National Investigation Agency (NIA) on Tuesday, saying it was "a blatant attempt to silence dissent".

Hany Babu Musaliyarveettil Tharayil, an associate professor in the Department of English, was arrested in connection with the Bhima Koregaon Elgar Parishad case. The NIA accused him of propagating Naxal activities and Maoist ideology and being a "co-conspirator" in the case.

"He has risen as the voice of marginalised students and is a pro-democracy activist. If you put anyone in jail now (amid the COVID-19 pandemic), it is like giving death sentence.... We will continue to protest for his release," she said.

According to a professor, Rowena was attending a college meeting online when she got the news of the arrest and immediately left it.

Another professor, requesting anonymity, said Babu had applied for leave a few days ago to go to Maharashtra for some personal work. The news of his arrest is very "disturbing", he added.

A group of students of Miranda House released a statement and said they stand in solidarity with the professor and "are in staunch opposition with this continued campaign of intimidation tactics being carried out under the veneer of an investigation".

His wife Jenny Rowena, who teaches in the Department of English at Miranda House, indicated that during questioning, he was pressured to "implicate" his colleagues, the students claimed.

"As students from marginalised communities, we owe to his struggle for the space academicians like him have created for us in universities, and the the strength that we derive from his work for our struggled against injustices," the statement said.

Nalini, a student of Delhi University's English Department, said, "Ambedkarite intellectual and anti-caste activist Hany Babu's arrest is yet another draconian attack on the democratic ethos of India and a blatant attempt to silence dissent by the Modi government. This attack upon intellectuals should alarm all progressive voices in the country."

"He is a much better person than he is being made out to be. We all know what is happening in the current time and how there has been a witch-hunt of activists," said a final-year student of English (Hons), requesting anonymity.

The final-year student said Hany Babu was his linguistics professor in third semester.

Kawalpreet Kaur, the Delhi unit president of the All India Students' Union (AISA), tweeted, "The news has hit home. Delhi University professor, Hany Babu has been arrested by NIA in Bhima Koregaon case. Everyone in academic fraternity must oppose this arbitrary use of power and give unflinching support to professor. This witch-hunting against democratic voices must end."

The Left-backed AISA said, "Fabricated charges and lies have been the modus operandi of NIA and investigative agencies. The arrest of Prof. Hany Babu proves the Modi government wants to silence and harass pro-democracy forces."

In September last year, officers of the Pune police, which was earlier probing the case, conducted searches at the residence of Hany Babu in Noida and seized his laptop and mobile phone.

From anti-CAA (Citizenship Amendment Act) activists to pro-democracy activists, intellectuals and academics, the BJP government is sparing none in its attempt to weaken democracy, the AISA said and demanded Hany Babu's immediate release.

The Campaign Against State Repression (CASR), an umbrella body of student outfits and civil society organisations, called his arrest "blatant harassment and intimidation of persons who question the State and struggle for the rights of the marginalised and oppressed castes, classes and communities".

Hany Babu has been an anti-caste activist who has been consistently fighting for social justice within and outside the university space, it said.

CASR demanded immediate release of all activists and intellectuals arrested in the Bhima Koregaon case.

The case relates to an Elgar Parishad event of December 31, 2017, organised by the Kabir Kala Manch at Shaniwarwada in Pune, where alleged provocative speeches were made, promoting enmity between various caste groups and leading to violence resulting in loss of life and property and statewide agitation in Maharashtra, an NIA official said.