A Year After 'Bharat Bandh', Protesting Farmer Unions Call For A Nationwide Shut Down On September 25

This was announced on Friday, August 27, following a two-day peasants’ convention called by the Samyukta Kisan Morcha (SKM) at Delhi’s Singhu border. The SKM is an umbrella of several protesting unions. 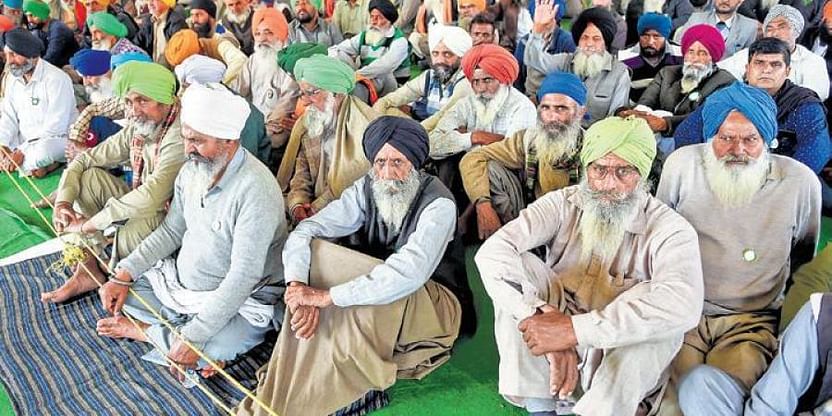 Farmer unions protesting over the Centre’s three contentious agriculture laws called a shut-down across the country on September 25.

This was announced on Friday, August 27, following a two-day peasants’ convention called by the Samyukta Kisan Morcha (SKM) at Delhi’s Singhu border. The SKM is an umbrella of several protesting unions.

“It was on the same day last year that we had called a ‘Bharat Bandh’ which was very successful. One year later, we have again called for a general strike-work against the anti-farmer policies of the government,” said Ashish Mittal, Convenor of the Organising Committee of the Convention.

Mittal earlier placed the draft resolutions before the delegates which called upon the people to intensify and expand the ongoing struggle across the country.

According to the SKM, delegates from 22 states, representing more than 300 farmer and agricultural workers' unions and associations, participated in the Convention.

Members of the Organising Committee said that some 3,000 delegates representing farmers, 18 all-India trade unions, nine women's organisations and 17 student and youth organisations participated, where about 100 speakers addressed the Convention.

“We will hold a huge rally in Muzaffarnagar on September 5 where a decision will be taken regarding Uttar Pradesh assembly election which will be held in March-April, 2022,” said Atul Kumar Anjaan, national general secretary, All India Kisan Sabha.

“Rising prices of cooking gas, fuel and other commodities, unemployment are major problems we are facing where lockdown has also added its bit. The economy in rural India has come to a sudden stop,” he stated.

Union leaders are mobilising support across the country for the Mahapanchayat in Uttar Pradesh. Various ‘khaps’ in the western part of the state are engaged in its preparations.

The Convention at Singhu border marked nine months of farmers agitation. Participants discussed and deliberated on farmers' demands. They also drew a blueprint for a pan-India movement against the agriculture laws.

“We have been protesting for nine months. But there is no need to be disappointed. SKM leaders will visit places across the country. Not only the 40 frontline leaders, but all forces are behind them – all the 550 organisations in this struggle are leading this agitation,” announced farmer leader Rakesh Tikait on Thursday.

“Private companies want to dictate terms and control us. The government is helping them,” claimed Mittal.

“Our demands for repeal of all three pro-corporate farm laws, legal guarantee for MSP of all crops, repeal of Electricity Bill, 2021, no prosecution of farmers under the 'Commission of AQ Management in NCR and Adjoining Areas Bill 2021' were reiterated during the convention," he added.

The government has repeatedly asserted that the three agriculture laws would bring revolutionary changes in the lives of farmers. It has also been made clear that further negotiations will be held only if the farmer unions drop their demand of a repeal of these laws.

Thousands of farmers have been camping at Delhi's borders since November 2020, demanding total roll back of the laws.