A Year Later, Hathras Victim's Family Now Held Captive In Their Own Home

A year later, the security for the Dalit family is as tight as ever. Even suffocating at times. But it’s now part of the lives of the family whose worst nightmares had come true on a muggy day last year when the woman was sexually assaulted by four the accused—now facing trial for gang rape and murder—when she was collecting fodder for the family’s livestock. 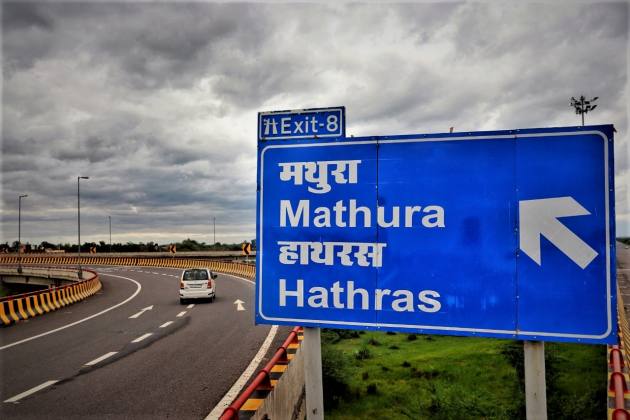 Concertina wires form a boundary around the nondescript building in the village locality. Armed CRPF personnel stand on guard—on the road leading to the house, at the main entrance and even on the rooftop. A 110-member CRPF team takes turn in six-hour shifts—at least 20 are on duty at any point of time—to provide security to the nine-member family of the Dalit woman who was gang raped by four upper caste men in Bulgarhi village in Uttar Pradesh’s Hathras district. The woman died a fortnight later at a hospital in Delhi in September last year.

A year later, the security for the Dalit family is as tight as ever. Even suffocating at times. But it’s now part of the lives of the family whose worst nightmares had come true on a muggy day last year when the woman was sexually assaulted by four the accused—now facing trial for gang rape and murder—when she was collecting fodder for the family’s livestock. Her death weeks later and the subsequent cremation of the body by police in a hush-hush manner had sparked shock and anger across the nation.

After the family alleged threat to their lives and expressed lack of trust in the state police, the Supreme Court in October last year ordered CRPF protection to them. Before that, the UP government had informed the court that they had provided three-layer security. “…Without casting any aspersions on the security personnel of the State Police: in order to allay all apprehensions and only as a confidence-building measure, we find it appropriate to direct that the security to the victim’s family and the witnesses shall be provided by the CRPF within a week from today,” the top court had said.

Except for the Prime Minister, who gets special security from the Special Protection Group (SPG), the highest level of security in India is the Z+ category under which 55 security personnel are deployed to ensure safety of high-risk individuals the cabinet ministers and others.

When the Outlook team reached the victim’s house, it had to go through multiple security checks to meet the family. At the entrance, one of the four CRPF personnel asked the team to make an entry in the register and wait there. “Please give your details. I will go inside and ask the family if they are willing to talk. If they refuse we will not allow you to enter,” the CRPF personnel said.

He returned in a few minutes and checked every team member, first with a handheld metal detector and then asked them to cross through the door frame metal detector (DFMD). He also checked the bags thoroughly before permitting entry.

“One company of CRPF that includes cooks and other helpers etc., have been stationed in a nearby school. 20 people are deployed in a 6-hour shift,” said another personnel deployed at the roof of the house.

The family said that they feel suffocated as they are constantly under watch but they have no option because if the security is withdrawn, their lives are at risk. “It is like a prison. It is like we are under house arrest. Where is our freedom? Look at the irony. The accused family is free to move around and we are in confinement,” the 52-year-old father of the victim said. However, he praised the CRPF personnel for being nice to them.

Even the CRPF personnel say that since have been providing security to the family since November last year, they have developed a kind of family bonding. “They are very simple and nice people. We will definitely feel bad when we part ways at any point of time in future,” one of them said.

The family looks worried about the future as they feel that if the upper caste boys will be held guilty and sentenced, they can make their life miserable. “We demand death sentence for them but at the same time, we are concerned about our future too,” one of the two brothers of the victim said. “We won’t get security lifelong. Once the case is over, it will be withdrawn. What will happen after that? Do you think we can live here?” the father questioned.

“I plead with the government that instead of spending so much money on our security if they relocate us in cities like Lucknow or Delhi and offer us accommodation and job for my sons, that will be a better solution,” he added.

Many villagers feel that the security is disproportionate to the threat the family has claimed. They also feel that it is better if the family had been relocated to some other secure place where nominal security will serve the purpose.