Senior AAP leader Gopal Rai noted that Lokpal's appointment marks the culmination of the most intense peoples' struggle in India and said Prime Minister Modi was scared of putting himself under its scrutiny. 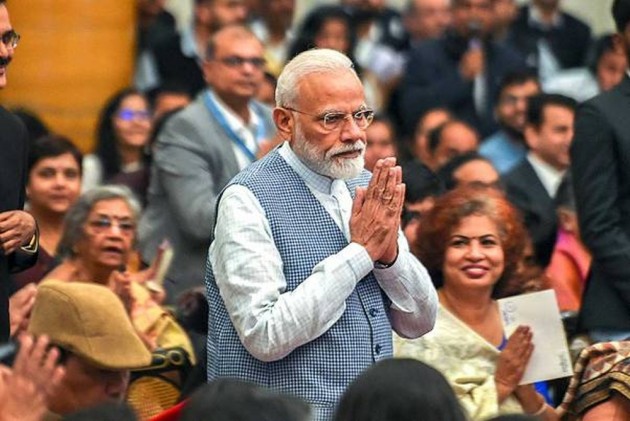 The AAP will file complaints of corruption on the Rafale fighter jet deal and Sahara-Birla papers case against Prime Minister Narendra Modi with the soon to be constituted Lokpal, senior party leader Gopal Rai said on Monday.

Rai noted that Lokpal's appointment marks the culmination of the most intense peoples' struggle in India and said Prime Minister Modi was scared of putting himself under its scrutiny.

"The Aam Aadmi Party will file complaints of corruption against the Prime Minister Narendra Modi in the Rafale fighter jets case and Sahara Birla diaries with the soon to be appointed India's first Lokpal.

"There are questions that why it took five years for the 'chowkidaar' to appoint a Lokpal. It is a matter of shame for the prime minister that it took him this long for its appointment," Rai said.

The name of former Supreme Court judge Justice Pinaki Chandra Ghose is said to be in active consideration for appointment as the chief of country's first Lokpal, the anti-corruption ombudsman, officials had said Sunday.

His name for the post is understood to have been in active consideration by the Lokpal selection panel headed by Prime Minister Narendra Modi, officials had said.

Noting that the BJP made the Lokpal under pressure from the courts, Rai said the then Congress-led UPA government first tried to suppress the movement, but after sensing the mood of the country, decided to make a law for the appointment of Lokpal during the fag-end of its tenure.

"What is very strange is that the Lokpal movement saw many BJP leaders on the stage, who promised a strong Lokpal, but after their government was formed at the Centre in May 2014, the BJP forgot about its promise to the country," he said.

Rai asked why it took five years for the government to appoint the Lokpal.

"With big proclamations of 'Na Khaunga Na Khaane Doonga' why did it take the Modi government five years to appoint a Lokpal, which they had promised before 2014 elections," he said.