An AAP leader, on condition of anonymity told Outlook that the state leadership wouldn’t have made such a pact with Congress without the blessings of Somnath Bharti, who is in-charge of Kerala. 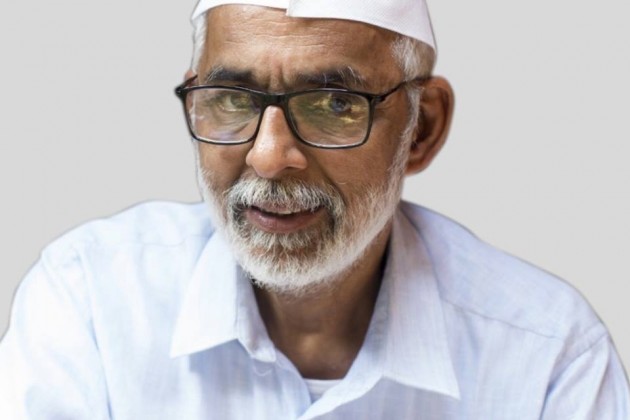 The fissures within the Kerala unit of Aam Aadmi Party (AAP) came to the fore on Friday as the party’s central leadership issued a show cause notice to the state unit over its support to Congress-led United Democratic Front (UDF) in the upcoming Lok Sabha elections. The move comes at a time when the Arvind Kejriwal-led central leadership of AAP and Congress are at loggerheads over a tie-up in three states – Delhi, Haryana and Punjab.

It has also caused major embarrassment to the leadership, and demonstrated that the central and state units are not on the same page regarding important decisions on alliances.

In a press conference convened on Thursday, the party’s state convenor CR Neelakandan announced AAP’s support for UDF candidates in 11 Lok Sabha constituencies. Posters and social media posts also went viral declaring the party’s support to Congress in these constituencies. The AAP earlier decided not to field candidates in any of the 20 seats in Kerala in the 2019 general elections.

With barely three days left for elections, the state unit’s decision to support Congress has surprised many as it was done without the knowledge of the Delhi leaders.

Speaking to Outlook, PT Tufail, secretary of AAP Kerala, said that the state leadership didn’t consult him before announcing its partnership with Congress. “I am not aware of the developments and the decision to support Congress was taken unilaterally,” said Tufail.

The state unit’s move has riled the central leadership, which issued a show cause notice criticizing the state convenor for announcing support to Congress without its nod. The letter issued by AAP leader Somnath Bharti on Friday, also demanded an explanation from the state unit within two hours and warned the leaders to prepare for disciplinary action for jumping the gun. The letter is in possession with Outlook.

“I am in receipt of information that you have held a press conference to declare that Aam Aadmi Party in Kerala is going to support candidates of Congress party. Paper clipping carrying the same news is annexed for perusal. Please confirm if the said news is true. Also find annexed image of appeals being posted on various groups and social media platforms using images of Shri Arvind Kejriwal ji convenor Aam Aadmi Party which is an appeal to vote for Congress. Please confirm if the same has your approval,” reads the letter.

It further says, “decisions of this size and importance can only be taken by political affairs committee of Aam Aadmi Party which has so far not decided on this issue of supporting Congress Party in Kerala”.

However, an AAP leader, on condition of anonymity told Outlook that the state leadership wouldn’t have made such a pact with Congress without the blessings of Somnath Bharti, who is in-charge of Kerala. However, Bharti was forced to issue the explanation letter at the behest of Kejriwal, who shares a warm relationship with Kerala Chief Minister Pinarayi Vijayan. It is also learnt that the party chief is upset because he wanted his party to extend support to the CPI(M)-led LDF in all constituencies to defeat BJP and not to split votes.

Aam Admi Party, which made an impressive debut in Kerala in the 2014 Lok Sabha election, is currently facing a struggle for survival in the state. Though it polled two and a half lakh votes in the last elections and emerged as a decisive factor, the party failed to keep the momentum alive. Plagued by factionalism and internal bickering, the party failed to cultivate an effective leadership over the last five years.

The exit of many high profile leaders, such as well- known writer Sara Joseph and journalist Anita Pratap, has also dented the party’s image. In the 2014 general elections, while Sara Joseph polled 44,638 votes in Thrissur, Anita Pratap secured 51,517 votes in Ernakulam, and another candidate, former IPS officer Ajit Joy got 14,153 votes in Thiruvananthapuram. The disillusionment with the leadership marked the degeneration of the party, which ignited hopes of an alternative in the political landscape of the state.

Notwithstanding the fact that the party is in disarray, Kejriwal and his style of politics still enjoys the support of a section of public in the state. The central leadership’s displeasure over the state leadership is viewed as the reason behind its decision not to contest general election this time.