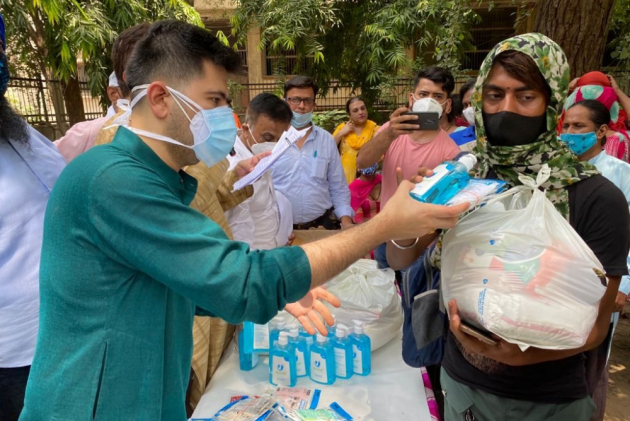 In a step toward empowering the LGBTQIA community in the national capital, a new initiative called 'Mission Sahara' has been launched by AAP to help Delhi's transgender community.

AAP MLA Raghav Chadha launched the new initiative on Tuesday and distributed free ration kits, comprising rice, wheat, oil and spices, among transgenders in the Rajinder Nagar constituency under the initiative, according to a statement.

Images of the same were shared on Twitter by AAP. "MissionSahara is our way of ensuring that nobody has to struggle for the bare minimum during this pandemic," the tweet read.

âÂÂªï¸ÂÂ"Mission Sahara is our way of ensuring that nobody has to struggle for the bare minimum during this pandemic" pic.twitter.com/ej1QrLhptr

He launched the mission after the area district magistrate along with a non-profit organisation Community Empowerment Trust approached him to help the transgender community which has witnessed tough times in the pandemic, it said.