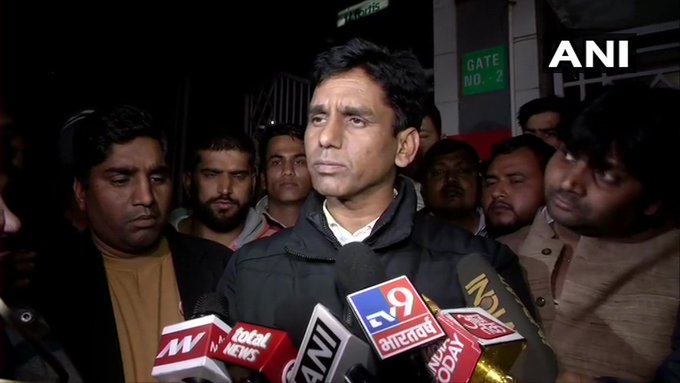 Unidentified people opened fire at the convoy of the newly elected Aam Aadmi Party legislator Naresh Yadav in Southwest Delhi when he and his supporters were returning home after visiting a temple after his victory, killing a party volunteer, police and a senior AAP leader said.

Police said they have detained a person for questioning and the incident appears to be a case of personal enmity. Sources said seven rounds were fired at the MLA's convoy.

Another person injured in the incident has been admitted to a hospital.

"At least one volunteer has passed away due to bullet wounds. Another is injured," AAP tweeted.