Senior Congress leader P Chidambaram downplayed foray of AAP and TMC in Goa, saying his party is best placed in the state to defeat BJP and form next government. 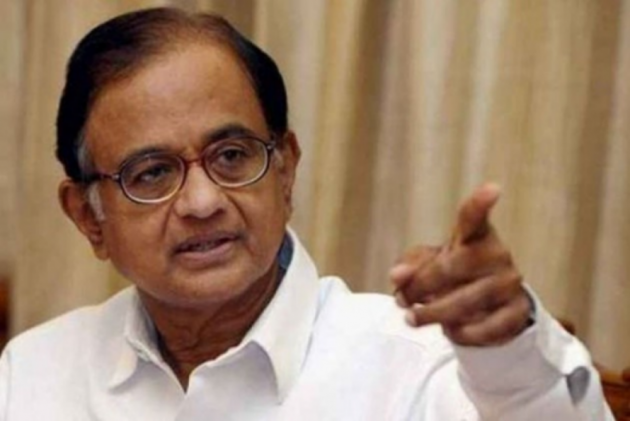 He asserted TMC’s foray into Goa "appears to be an imposition from the top that is based in West Bengal".

He added he does not know the Mamata Banerjee-led party's motive in trying to start a unit in Goa by "encouraging defections" from other parties.

Chidambaram said any alliance with smaller parties for the Goa assembly polls is only possible if a party accepts that the Congress will be the pivot of the non-BJP formation.

"Goa is one of the five states going to elections early next year. All states are equally important and, in that sense, Goa is important. Congress and the people of Goa have had a long and special bond. Congress understands that Goa, Goans and Goa’s way of life are unique," the Rajya Sabha member said.

"We enter the election arena with the intention of winning the election and forming a Congress government in 2022," he said, adding that the party's preparations are "methodical and strong".

Noting that the two major parties in Goa are the Congress and the BJP, Chidambaram said any alliance with smaller parties can only be possible if a party accepts that the Congress will be the pivot of the non-BJP formation.

"I suppose it may be possible to accommodate smaller parties in a few seats if they are so inclined. I cannot speculate about any party," he said.

Asked how he sees the AAP and TMC's Goa election bid, Chidambaram said, "In our assessment, AAP and TMC will be marginal players in the 2022 Goa election."

He said that while AAP tested the waters in 2017 but did not make an impact, TMC entered Goa in September 2021 and there were no local, grassroots workers who sowed the seeds of the party in Goa.

"TMC's entry appears to be an imposition from the top that is based in West Bengal. I do not know the TMC's motive in trying to start a unit in Goa by encouraging defections from other parties," he said.

"As far as the Congress is concerned, we consider the Congress is best positioned to defeat the BJP and form a government. Smaller parties can help if they are so inclined," Chidambaram said.

On whether the Congress will announce a chief ministerial face ahead of polls, he said the time to decide whether the party should name a CM face or not is after it has announced the full list of candidates.

"We will take a decision at the appropriate time," he added.

Asked about former chief minister Luizinho Faleiro quitting the Congress and joining the TMC, Chidambaram said defections have been the bane of Goa politics and the people of state resent defectors more than anything else.

"I was sorry to see Mr Luizinho Faleiro join the band of defectors. The people, especially the voters in his Assembly constituency, resent his defection. Hence, his defection has not dented our worker-base in the constituency.

Congress will field a strong candidate in that Assembly constituency," he said.

Asked whether the party was better prepared for a 2017-like situation when it emerged the single largest party but failed to form the government, Chidambaram said there is "huge anti-incumbency" against the BJP government in Goa and the 2022 elections will not throw up a hung assembly.

"We are confident that the people will give a clear verdict in favour of the Congress. They nearly did in 2017...but we failed to stop defections," he said.

Alleging that the current BJP government in Goa is a "government of defectors", Chidambaram said in 2022, "we will make sure there are no defections from the Congress".

There are ways to ensure there are no defections, and the Congress will live by its promise that there will be no defections from it, he asserted.

The Congress had won the highest 17 seats in the 40-member House in the 2017 Goa Assembly elections, restricting the main opponent BJP to 13. But the saffron party moved to ally with regional parties and came to power under the leadership of Manohar Parrikar, now deceased. The Congress had accused the BJP of "stealing" the mandate, a charge the saffron party rejected.

Over the years, the Congress's strength in the Legislative Assembly dwindled to four after many of its MLAs switched sides and joined the ruling BJP.

The ruling BJP, opposition Congress, Arvind Kejriwal-led AAP, TMC, Shiv Sena and regional parties like the Goa Forward Party (GFP) and the Maharashtrawadi Gomantak Party are all in the poll fray with not much clarity yet on forging of alliances. (With PTI inputs)