The party also expressed confidence that it will emerge as a strong alternative to the ruling BJP in the state. 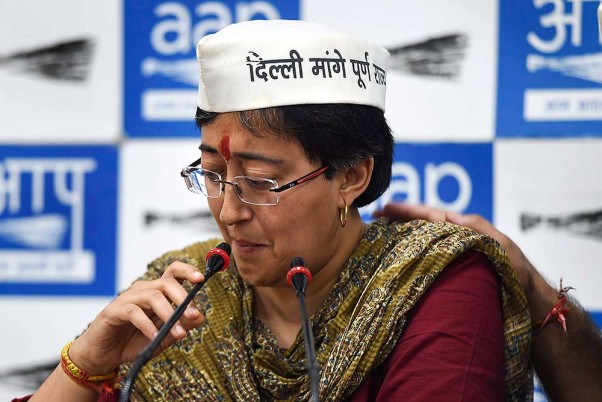 The Aam Aadmi Party (AAP) on Sunday said it will contest all seats in the upcoming local bodies polls in Gujarat, and announced the first list of 504 candidates.

The party also expressed confidence that it will emerge as a strong alternative to the ruling BJP in the state.

AAP's Delhi MLA and party spokesperson Atishi released the first list of candidates for the elections to the local bodies in the state, such as municipalities, municipal corporations, district and taluka panchayats, likely to be held in February.

"AAP will contest elections on all seats in the local bodies polls in the state for the first time. With this, the party will enter the electoral politics of Gujarat as a strong alternative to the BJP. AAP will work to remove the BJP from power," she said.

"Not just the local bodies polls, but AAP will also contest the Vidhan Sabha elections in Gujarat as well as other polls. People of Gujarat want an alternative," she said.

She claimed that it is on the demand of the people of Gujarat that AAP is entering the electoral politics in the state.

Atishi accused the BJP of playing the politics of intimidation and allurement.

"If there is a leader in the country who is not scared of the BJP, it is Arvind Kejriwal. And if there is one party that the BJP cannot scare or allure, then it is AAP... We, the soldiers of Arvind Kejriwal, will continue our fight for truth," she said.

The list is being announced weeks in advance as the candidates need to conduct a door-to-door campaign, she added

The AAP leader said the party has also opened an email address for the people to register their complaints, if they have any, against the candidates.

"We talked about 3Cs- corruption, criminality and character. If any candidate is found wanting in any of these three, then the AAP will change the candidate. We will leave the seat empty, but not let a corrupt person contest the election as our candidate," she asserted.

"This is our first list, and we will announce the second list soon. We will contest the polls on all the seats. Our issues are related to education, health and corruption. We want corruption to end completely in Gujarat," he said.

Elections to six municipal corporations, including Ahmedabad, 55 municipalities, 31 district panchayats and 231 taluka pachayats were supposed to be held in November, 2019, a month before their five-year terms came to end, but were postponed by three months in view of the COVID-19 pandemic.