AAP To Contest On All 403 Seats In UP Polls, Says Will Expose BJP’s ‘Fake Nationalism’ 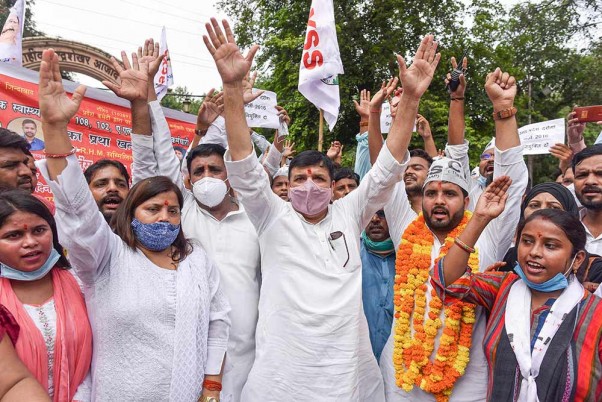 The Aam Aadmi Party on Tuesday said it will contest on all the 403 seats in the Uttar Pradesh Assembly elections next year.

AAP Rajya Sabha MP and the party’s Uttar Pradesh in-charge, Sanjay Singh said the names of the candidates will be declared in the next 15 days. As of now, the list of 120 candidates is ready, he said.

AAP Will Go To Ayodhya With Tiranga Yatra

The AAP leader said that his party will also take out “Tiranga Yatras” in all the 403 assembly constituencies of the state.