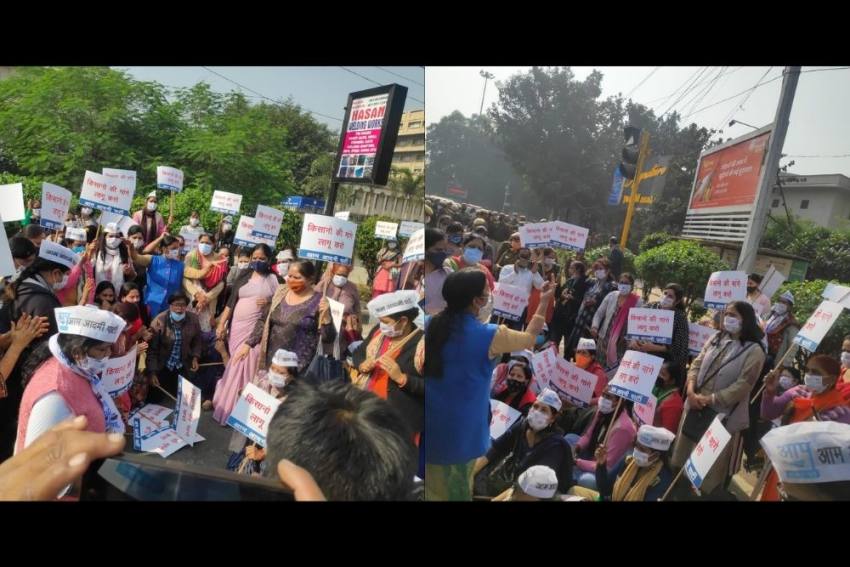 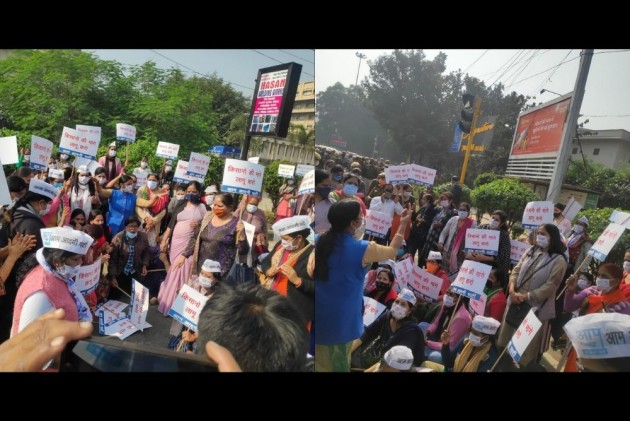 Hundreds of members of the AAP's women's wing and party volunteers on Wednesday formed a human chain at the ITO intersection here in solidarity with farmers camping at the national capital's borders to protest the Centre's three agriculture reform laws.

Kumari said the three farm laws passed by the BJP-led central government are against the farmers. The AAP opposes these laws.

State in-charge of the AAP's women's wing Sarita Singh asked why these "black laws" are being imposed on the farmers by the BJP government.

"We are standing shoulder to shoulder with the farmers of our country. We demand that the Modi government must immediately listen to the demands of the farmers and roll back these laws," she said.

Farmers from the neighbouring states of Punjab and Haryana have been camping at five border points of Delhi for a week now.

The number of protesters swelled at Delhi border points on Wednesday. Police stepped up security after thousands blocked key gateways into the national capital, leaving commuters facing a harrowing time.

Farm leaders met Union ministers on Tuesday, but the two sides failed to break the deadlock. The next round of talks is scheduled to be held on Thursday.

And, Pray, Who Is Shifting Bollywood From Aamchi Mumbai To Apna UP?