The Crown Prince, also the Deputy Supreme Commander of the UAE Armed Forces, in a tweet said he spoke to Prime Minister Modi and Prime Minister Khan. 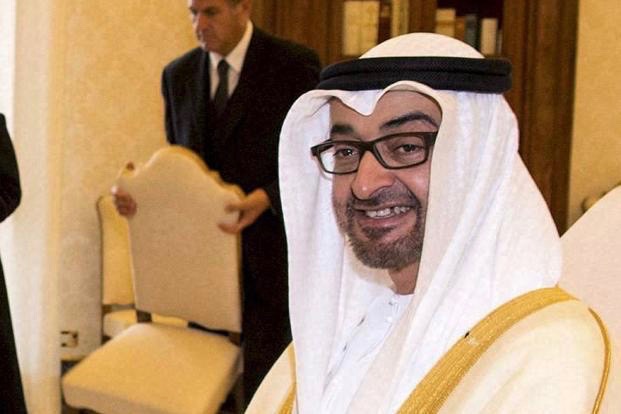 The Crown Prince, also the Deputy Supreme Commander of the UAE Armed Forces, in a tweet said he spoke to Prime Minister Modi and Prime Minister Khan.

Tensions have escalated between India and Pakistan in the wake of the Pulwama attack by Pakistan-based Jaish-e-Mohammad (JeM) terror group.

India carried out air strikes against the biggest training camp of JeM in Balakot. Pakistan retaliated on Wednesday.

Imran Khan announced Thursday that Pakistan will free captured IAF pilot Wing Commander Abhinandan Varthaman on Friday as a peace gesture, hours after a strong message from India demanding his unconditional release. The announcement of his release has been welcomed.

Interestingly, his tweet came a day before the UAE hosts the Organisation of Islamic Cooperation meeting in Abu Dhabi on Friday.

India has been invited for the first time to attend the Foreign Ministers' conclave in Abu Dhabi where External Affairs Minister Sushma Swaraj will be the "guest of honour".

Pakistan, a member of the OIC, has conveyed its reservations over Swaraj's presence at the meeting.

Sheikh Mohamed emphasised the importance behind dealing with these worrying developments, and working towards easing tensions between the two countries, prioritising dialogue and communication between the parties, it said.

The Abu Dhabi Crown Prince stressed the UAE's will to support positive relations between the two neighbouring countries, noting the common historical and cultural ties that brings them together, the report said.

"Sheikh Mohammed underscored the UAE's keenness on ensuring peace and stability in India-Pakistan ties, expressing his great confidence in the two countries' leadership prioritising peaceful dialogue in dealing with the developments that have occurred in the past few days," it added.