Chandranee had shared a video of her bleeding nose on social media on March 9 and alleged that a Zomato delivery executive, Kamaraj, assaulted her. 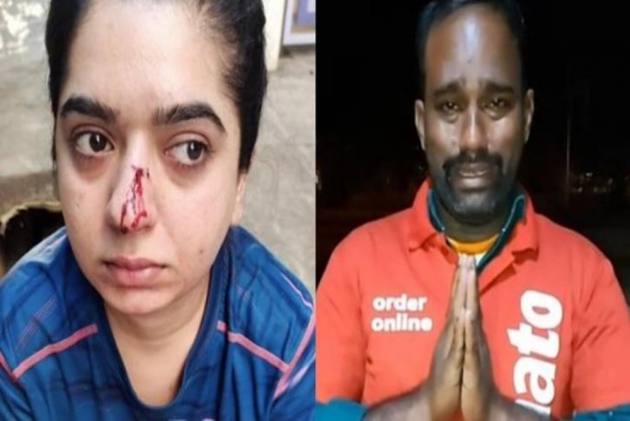 Denying reports that she left Bengaluru to evade police investigation, Instagram influencer Hitesha Chandranee — who accused a Zomato employee of assaulting her while delivering her food — has said she is cooperating with the probe.

“I have been cooperating with the police and have not left Bengaluru as spread by various quarters. Bengaluru is home for me,” she said in a written statement shared on her Instagram profile.

She further mentioned that people are harassing, abusing, and threatening her. “I have had to take medical treatment for my nose which was fractured due to the incident. I have received many calls from various people using repulsive and threatening words against me,” she wrote.

If He Is Innocent, Penalise The Woman: Parineeti Chopra Comes Out In Support Of Zomato Delivery Man

Chandranee had shared a video of her bleeding nose on social media on March 9 and alleged that a Zomato delivery executive, Kamaraj, assaulted her. Electronic City police had then filed an FIR and arrested him.

Kamaraj filed a counter-complaint after getting released on bail. In his complaint filed at the same police station, he accused Chandranee of abusing him and throwing slippers at him, adding that the injury to her nose might have been caused by her own ring.

Several people, including celebrities like actor Parineeti Chopra, had demanded an unbiased investigation after news of the incident broke. In a series of Instagram stories, Parineeti Chopra wrote that the treatment meted out to Kamaraj, if he is innocent, is “inhuman” and she wanted the food delivery app to “publicly report” the truth.