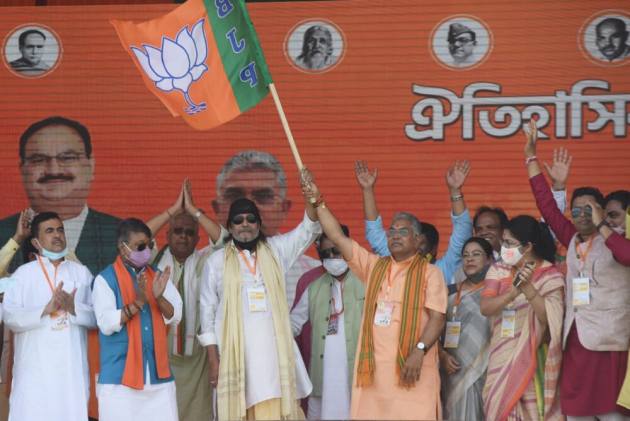 Once a TMC Rajya Sabha MP, Chakraborty had stayed away from active politics since resigning from the Parliament in the aftermath of the chit fund controversy involving the TMC.

However, his visit to the RSS headquarters in Nagpur last year and the RSS head Mohan Bhagwat's recent visit to Chakraborty's residence had triggered speculations about Chakraborty joining politics.

His backing of Modi could give the BJP a boost in the morale, as Chakraborty's popularity in Bengal is nearly unmatched.