Gandhi referred to a new report released on Friday that declared that Adani had added USD 16.2 billion to his wealth in 2021 making his total net worth USD 50 billion. 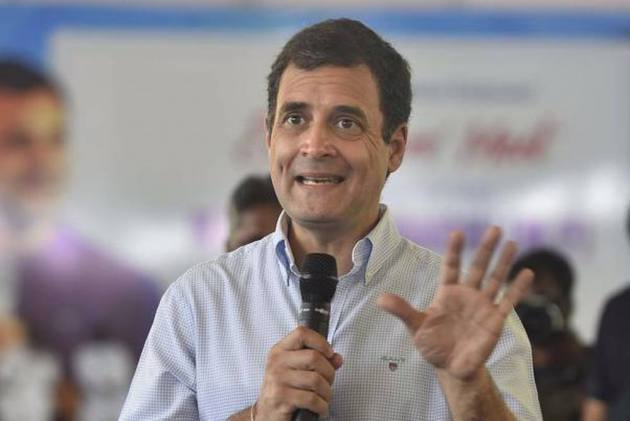 Congress leader Rahul Gandhi on Saturday raised questions on how businessman Gautam Adani managed to become the highest wealth gainer in 2021 and increase his wealth by 50 per cent at a time when everyone is struggling to make money due to the Covid-19 pandemic.

Gandhi referred to a report released on Friday that declared that Adani had added USD 16.2 billion to his wealth in 2021 making his total net worth USD 50 billion, surpassing top billionaires in the world.

The Congress politician took to Twitter to share a screenshot of a news article and wrote, "How much did your wealth increase in 2020? Zero. You struggle to survive while he makes Rs 12 lakh crore and increases his wealth by 50 per cent. Can you tell me why?"

How much did your wealth increase in 2020? Zero.

You struggle to survive while he makes âÂÂÂÂ¹ 12 Lakh Cr and increases his wealth by 50%.

Can you tell me why? pic.twitter.com/5sW65Kx7bi

According to Bloomberg Billionaire Index, Adani’s net worth saw a gain of $16.2 billion in 2021 taking his worth to $50 billion. With the enormous gain in wealth, Adani has surpassed Jeff Bezos and Elon Musk as the top gainer.

Barring one stock, all of Adani group stocks have rallied at least 50% this year.

Adani has been rapidly expanding his conglomerate, adding ports, airports, data centers and coal mines in India, while doggedly proceeding with his controversial Carmichael coal project in Australia.

Google Co-founder Larry Page has been ranked second in terms of highest gain in wealth with a growth of $14.3 billion.