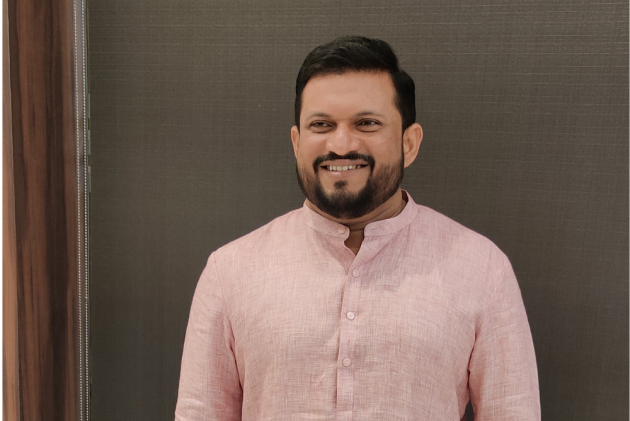 Lakshadweep MP from the NCP Mohammed Faizal PP has hit out at the island's Administrator Praful Koda Patel, alleging the latter has made a mockery of the democratic process while implementing the new draft notification. In an interview to Outlook's Thufail PT, Faizal says Koda is facilitating land grab in the name of tourism and development. He also accuses Patel of using beef and liquor issues as diversionary tactics. Excerpts:

Q) What’s your take on the Administrator’s new rules in Lakshadweep?

The very existence of the people of this island is under threat. The Draft Lakshadweep Development Authority Regulation 2021 (LDAR) — which gives the administrator powers to remove or relocate islanders from their property, for town planning or any developmental activity, is draconian to say the least. The people of Lakshadweep are understandably upset, and their protest is totally justified. The new enactment will give legal security for the Authority to grab the land with or without people’s consent. The Authority will unilaterally decide whether compensation needs to be paid or not, or to whom the land should be given. The SC-appointed Justice Ravindran Commission had submitted an Integrated Island Management Plan (IIMP), which says any developmental project, either private or government, would pass through the local elected body since Lakshadweep is ecologically fragile and sensitive. But, the new draft notification will allow mining, quarries, railway, national highway roads etc. Imagine how many houses, coconut trees, fishermen shelters need to be demolished on the island to make way for these projects.

Q) Are you opposing all new measures of the Administrator?

In its entirety. The way in which the regulations have been framed are against the democratic fabric of the country. No consultations with local bodies, which represent the people of the island, has taken place. The cloak and dagger manner in which the notifications were pushed through, with little or no transparency is totally unacceptable. That’s why we oppose the entire exercise.

Q) How are people reacting on the ground when you talk to them?

I ask Mr Patel, how many days have you spent on the island in the last five months? With the pandemic around, I am sure he has not even spent 15 days in Lakshadweep. How can he lay claim to understanding the aspirations and concerns of the islanders when he is never around? He is ruling Lakshadweep sitting in Daman and Diu using the administration there. He is treating Lakshadweep people as second-class citizens. People are very much frightened. Lakshadweep was Covid-free for one year. We achieved that by implementing stringent restriction and quarantine system. When Patel took charge, he unilaterally lifted the restrictions and the entire islanded is now flooded with Covid.

Q) Going beyond this immediate concern, do you think this new notification also threatens the culture and ecology of Lakshadweep?

You must understand that liquor is banned in Gujarat where Patel was an MLA and Home Minister when Modi was the Chief Minister. He is saying that liquor permission in Lakshadweep is meant for tourism development. We are not against tourism development. But local entrepreneurs are still waiting to begin projects, submitted to the Lakshadweep administration years back. These are ecological and environmental-friendly projects but are still not getting the go ahead. And, what’s the ideology behind the beef ban? There is no ban on beef in states like Goa, Mizoram and Manipur, where BJP is ruling. Similarly, Lakshadweep, like Kerala, is a place where people are habituated to non-vegetarian food. So, what is the need for such a piece of legislation? Praful Koda Patel’s intention in pushing for liquor and beef ban is to just divert the issue.

Q) Do you think vested interests are at play behind this notification?

Definitely. I say that because Praful Patel has done the same thing in Dadra and Nagar Haveli and Daman and Diu. If you see who have got the contracts, the same people are coming to this island. Entire scenario has changed into a corporate tender process now where local contractors can’t participate. There were 260 active contracts which were going on when Patel took charge. On his immediate visit, he asked all the works to be stopped. Now people are suffering because they have taken loans from the banks.

Q) Do you think its BJP’s politics at play in Lakshadweep?

I am surprised why is the central government supporting Patel. Patel has done the same thing in Dadra and Nagar Haveli. Unless the Centre steps in and intercedes, we will be justified to believe that this is a centrally sponsored exercise.

Q) What kind of reforms Lakshadweep needs at the moment, according to you? It is said that you had written a letter to central government seeking permission for Mangalore port?

No, I haven’t written anything of that sort. That was distorted news. I said Beypore port needs modification. We have a number of vessels, motor sailing vessels which operate privately. Beypore port’s turn around number is very low because of the limited space. That doesn’t mean a complete shift from Beypore to Mangalore. That’s Mr Patel’s intention, not mine. What’s happening in Lakshadweep is land grab in the guise of reforms.

Q) What’s your plea to Centre at this moment?

Send back the draft notification to Lakshadweep district body and let them discuss and identify what they want.

Q) Are the security concerns raised by the administration justified?

I am very sad that the Collector has tried to justify this Gunda Act and portray Lakshadweepians as habitual offenders prone to terrorism etc. The AK 47 and other things seized was 166km away from Minicoy Island. The central intelligence used the name of Lakshadweep in this case only to identify the location. It was not in India’s territorial waters but on the international route. Attributing it to Lakshadweep is very painful. I am not saying Lakshadweep is crime-free. But, to deal with that we already have IPC, CRPC and other laws. One BJP leader said on a television debate that they are introducing Gunda Act because when tourism develops there are chances of gambling and terrorism coming to Lakshadweep. What kind of a justification is this? We are getting wholehearted support from student unions and political leaders from across the country.