In the wake of the Taliban takeover of Afghanistan, several Hindus and Sikhs have been evacuated from the war-torn country. 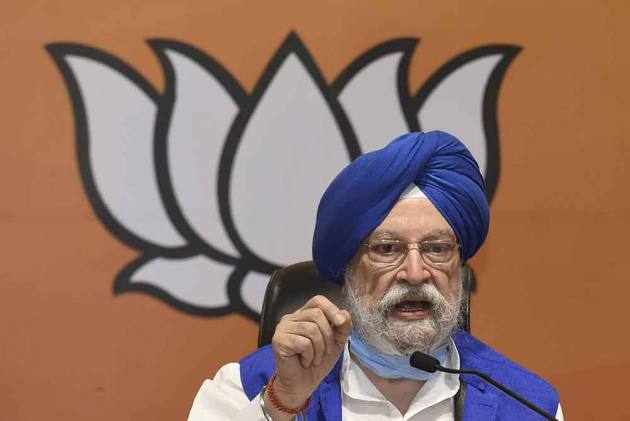 Even as India remains involved in the evacuation of Indian nationals from Afghanistan following the Taliban takeover, Union Minister Hardeep Singh Puri on Sunday harked back to the topic of the controversial Citizenship Amendment Act. Taking to Twitter, the minister for petroleum and natural gas said that the situation in Afghanistan was why India needed to enact CAA.

Recent developments in our volatile neighbourhood & the way Sikhs & Hindus are going through a harrowing time are precisely why it was necessary to enact the Citizenship Amendment Act," Puri tweeted.

Puri's tweet came even as India finished evacuating 590 persons from Afghanistan including Hindus, Sikhs as well as people of Indian and other nationalities. On Sunday, an IAF special repatriation plane carried 186 persons including a Sikh Afghan lawmaker from Kabul.

Over 260 Afghan Sikhs In Kabul Gurdwara Need Help In Evacuation: US Sikh body

India Has Evacuated 590 People From Afghanistan Since Taliban Takeover

Upon landing at the Hindon Airbase, Sikh Afghan lawmaker Narendra Singh Khalsa broke down in tears and said everything that he and his colleagues had worked for in 20 years in Afghanistan had been finished.

Puri had earlier assured that Indian authorities were in touch with a group of Sikhs taking shelter in a gurudwara near Kabul in Afghanistan after the Taliban takeover of the country and that they will be brought to India as soon as possible.

Puri who was approached by BJP MP Hans Raj Hans for help to the Sikhs also discussed the issue with External Affairs Minister S Jaishankar.

"We have been in touch with the Sikh leaders and those in Afghanistan. They will be brought back safely as soon as possible," Puri had told news agencies.