Afghanistan crisis and regional connectivity is going to be among the key focus areas of India’s dialogue with Central Asian countries— Kazakhstan, Kyrgyz Republic, Tajikistan, Turkmenistan and Uzbekistan. 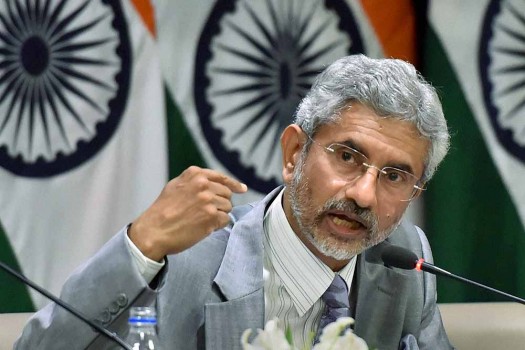 The situation in Afghanistan and boosting connectivity and development cooperation are set to be key focus areas of the third edition of India's dialogue with five Central Asian countries on Sunday.

External Affairs Minister S Jaishankar is hosting the dialogue being attended by his counterparts from Kazakhstan, Kyrgyz Republic, Tajikistan, Turkmenistan and Uzbekistan.

Muhriddin is visiting India to attend the India-Central Asia Dialogue as well as on a bilateral tour.

The recent developments in Afghanistan reinforced the importance of the Central Asian countries with three of them -- Tajikistan, Turkmenistan and Uzbekistan -- sharing borders with the war-torn nation.

The national security advisors of all the five Central Asian countries attended an India-hosted regional dialogue on Afghanistan on November 10. It was also participated by NSAs of Russia and Iran.

The focus of the dialogue will be to enhance connectivity and development cooperation as well as the unfolding developments in Afghanistan, officials said.

"They will also exchange views on regional and international issues of mutual interest," he said at a media briefing.

The second meeting of the India-Central Asia dialogue was organised by India in October last year in digital video-conference format.