The airport has already been shut for commercial flights and subsequently, the US military has taken control of the airport security to facilitate the evacuation of foreign diplomats and citizens. 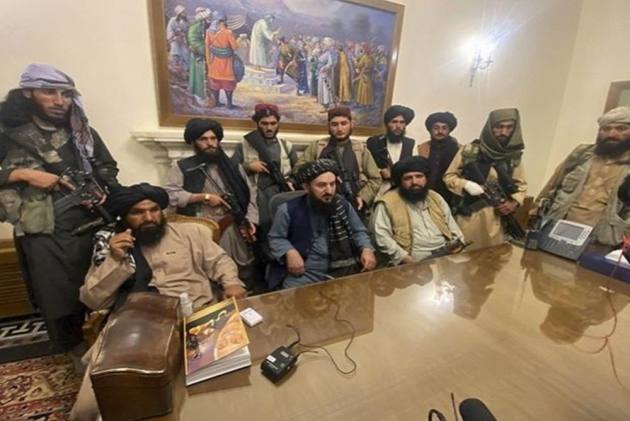 Hours after the Taliban takeover triggered fear and uncertainty and forced suspension of commercial flights after the Kabul airport, India has said that it will take all steps to ensure the safety and security of its nationals and facilitate repatriation of Sikhs and Hindus who wish to leave Afghanistan.

The airport has already been shut for commercial flights and subsequently, the US military has taken control of the airport security to facilitate the evacuation of foreign diplomats and citizens.

Meanwhile, an Indian Air Force heavy-lift transport aircraft that had left for Afghanistan late last night and reached that country using Iranian airspace returned from Kabul to India with a number of Indians, people familiar with the development said. However, there was no official confirmation about the flight.

A number of heavy-lift C-17 Globemaster military transport aircraft of the Indian Air Force is kept on standby for the last two days, people familiar with these deliberations said.

India's defence top brass, the foreign policy establishment and senior intelligence officials were understood to have reviewed the fast-paced developments in the war-torn nation, a day after the Taliban seized control of Afghanistan 20 years after it was ousted by a US-led military coalition.

People familiar with the meetings said the immediate priority of the government is to evacuate nearly 200 Indians, including Indian embassy staffers and security personnel from Kabul after the Taliban insurgents seized the Afghan capital following the collapse of the US-backed Afghan government on Sunday.

Noting that the security situation in Kabul has deteriorated significantly in the last few days, the external affairs ministry said, "commercial operations from Kabul airport have been suspended today. This has forced a pause in our repatriation efforts. We are awaiting the resumption of flights to restart the process".

It further said that the situation in Afghanistan was being monitored on a constant basis at high levels. "The Government will take all steps to ensure the safety and security of Indian nationals and our interests in Afghanistan."

As several nations tried to fly out their nationals from Afghanistan on Monday, thousands of desperate Afghans converged at the Kabul international airport in hopes of getting on an evacuation flight and leave the country.

There were also security concerns over bringing the Indians from the Indian embassy and other places to the airport in view of the deteriorating security situation in the capital city, they said.

Meanwhile, an armed contingent of paramilitary force Indo-Tibetan Border Police (ITBP) is "actively" securing the diplomatic staff of the Indian embassy in Afghanistan's capital Kabul and will be there "till required", officials said.

Earlier, senior officials said Air India cancelled its Delhi-Kabul-Delhi flight that was scheduled to be operated on Monday and carriers running flight services between India and the western countries avoided the Afghan airspace after it was declared "uncontrolled" by the Kabul airport authorities.

According to reports quoting US officials, thousands of Afghans rushed onto the tarmac of Kabul's international airport Monday, so desperate to escape that they held onto an American military jet as it took off and plunged to death in chaos that killed at least seven people.

Commenting on the Afghan situation, the MEA also said that they are in constant touch with the representatives of Afghan Sikh and Hindu communities.

"We will facilitate repatriation to India of those who wish to leave Afghanistan. There are also a number of Afghans who have been our partners in the promotion of our mutual developmental, educational and people to people endeavours. We will stand by them," the ministry said.

India along with many other countries was surprised at the lightning advances made by the Taliban across Afghanistan in capturing power after the US began pulling out its troops on May 1 from the country, ahead of the 20th anniversary of the 9/11 attacks.

"Definitely, we did not expect Kabul to fall so soon," said an official on condition of anonymity.

India will issue visas to all the Afghan nationals who were partnering it in various developmental projects and activities, people involved in the evacuation process said, adding New Delhi was sending another C-17 aircraft to Afghanistan on Monday as part of the evacuation mission.

India has been a key stakeholder in Afghanistan and it has invested nearly USD 3 billion in carrying out nearly 500 projects across that country.

Afghanistan's security forces collapsed or fled in the face of a Taliban offensive that tore through the country, ahead of the planned withdrawal of the last American troops at the end of the month.

Concerned over the devlopments in India's neighbourhood, several former Indian diplomats on Monday termed the Taliban's takeover of Afghanistan as a "setback" for India strategically, and asserted that the priority for New Delhi right now should be to evacuate its citizens from the war-torn nation.

Meanwhile, BSF Director General (DG) S S Deswal said they are keeping a close watch on the situation in Afghanistan and are fully ready for all possible consequences.