At present, AFSPA is in force in Nagaland, Assam and parts of Manipur and Arunachal Pradesh in the northeast. Jammu and Kashmir has a similar law called Armed Forces (Jammu & Kashmir) Special Powers Act, 1990. 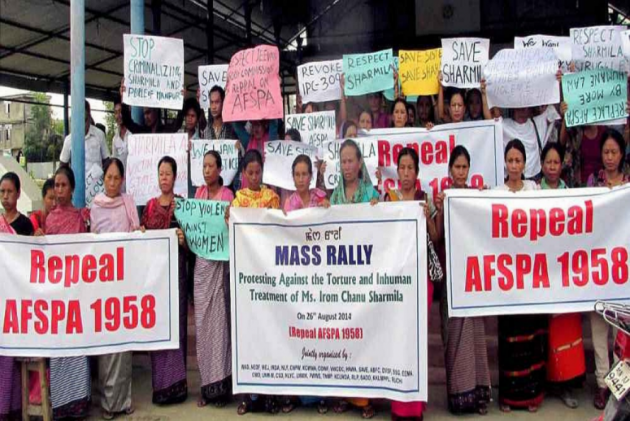 Following a botched security operation in Nagaland, the spotlight is back on the blatant misuse of the Armed Forces (Special Powers) Act (AFSPA), which gives wide powers to the security forces to shoot to kill in the insurgency-hit areas.

At present, AFSPA is in force in Nagaland, Assam and parts of Manipur and Arunachal Pradesh in the northeast. Jammu and Kashmir has a similar law, Armed Forces (Jammu & Kashmir) Special Powers Act, 1990. Interestingly, it was during World War II on August 15, 1942, when the British administration enacted the Armed Forces (Special Powers) Ordinance to suppress the Quit India Movement launched by Mahatama Gandhi. And it was promulgated in Parliament in September 1958.

At a time when the clamour for its revocation has been growing, on Tuesday, December 7, the state Cabinet of Nagaland met and urged the Centre to repeal AFSPA. On December 6, Home Minister Amit Shah had assured both the Houses of Parliament that a special investigation team (SIT) will complete its probe within a month, assuring that all agencies would ensure that such incidents do not recur during anti-insurgency operations.

In the past as well, a probe was commissioned by the Supreme Court. In its shocking revelations, the probe panel had held security forces guilty of abusing AFSPA in Manipur in 2009-10. In their report, retired Justice Santosh Hegde of the apex court, former Chief Election Commissioner, JM Lyngdoh, and ex-Karnataka police chief, Ajay Kumar Singh, concluded that at least six encounters undertaken by the security forces were fake.

While delivering its judgement on the Extrajudicial Execution Victims’ Families Association of Manipur vs Union of India in 2016, a Supreme Court bench comprising Justices Madan Lokur and UU Lalit had quoted the Hegde Commission’s findings. Here's a quick look at those six cases:

The incident in which the deceased Mohammad Azad Khan, a minor, was killed was not an encounter nor was he killed in the exercise of the right of self-defence.

The commission had found that there was no evidence to conclude that the deceased was an activist of any unlawful organization or was involved in any criminal activities. However, as per the report of the National Human Rights Commission (NHRC) now made available to us, it is stated that the High Court of Manipur passed a direction in a writ petition of 2009 for monetary relief of Rs. 5 lakh to the mother of the deceased since the police personnel and Assam Rifles personnel were responsible for the death.

The incident in which the deceased Khumbongmayum Orsonjit died was neither an encounter nor can the security forces plead that it was in the exercise of their right of private defence.

The commission further found that Khumbongmayum Orsonjit did not have any adverse criminal antecedents. As per the latest report of the National Human Rights Commission, a notice was issued to the Ministry of Home Affairs of the Government of India to show cause why monetary relief should not be paid to the next of kin of the deceased. Apparently, the court had noted, the matter was still pending with the NHRC.

The incident in question was not an encounter but an operation by the security forces wherein the death of the victims was caused knowingly.

The commission further found that the two deceased did not have any criminal antecedents. As per the latest report of the NHRC, a recommendation has been made to the Government of Manipur for payment of Rs. 5 lakh to the next of kin of the two deceased. The matter is still pending with the NHRC on the request of the State Government awaiting the decision of the present petition by this Court.

Even if the case put forward by the complainant cannot be accepted, the case put forth by the security forces cannot also be accepted because they exceeded their right of private defence. Therefore, this Commission is of the opinion that the incident, in question, cannot be justified on the ground of self-defence.

There were no adverse antecedents against the deceased. As per the latest report of the NHRC, a notice has been issued to the Government of Manipur to show cause why monetary relief be not paid to the next of kin of the deceased. Apparently, the court said, the matter is pending with the NHRC awaiting compliance by the State Government.

This incident in which Umakanta died has compelled us to come to the conclusion that though the manner in which he was picked up, as stated by the complainant, cannot be accepted. The manner in which he died definitely indicates that this could not have been an encounter. For the reasons stated above, we are of the considered opinion that the case put forth on behalf of the security forces that the incident was an encounter and that Umakanta was killed in an encounter or in self-defence cannot be accepted.

The commission further found that although there were allegations against the deceased, the veracity of those allegations was not established. We have been informed that the NHRC has made a recommendation to the Government of Manipur for payment of Rs. 5 lakhs to the next of kin of the deceased. Apparently, the court said, the matter is pending with the NHRC.

The deceased did not die in an encounter. The commission further found that there is no acceptable material to come to the conclusion that the deceased had any adverse antecedents. The NHRC has recommended to the Government of Manipur to pay Rs. 5 lakh to the next of kin of the deceased. The matter is still pending with the NHRC on the request of the State Government awaiting our decision in this petition.