After One Month, One Body Recovered From Rat-Hole Mine In Meghalaya

The divers have managed to bring the body to the mouth of the mine and it will now be retrieved in the presence of doctors, said Indian Navy. 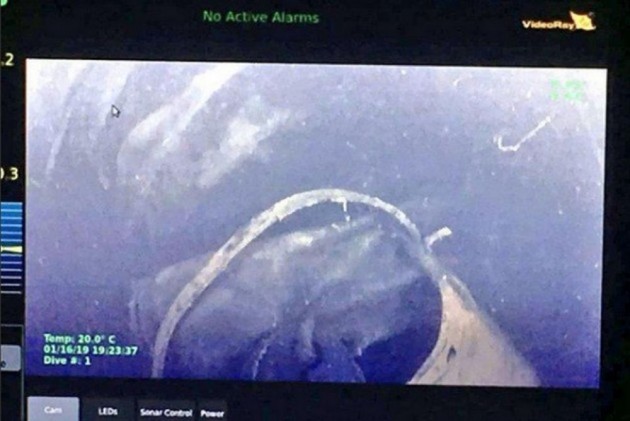 Indian Navy divers have retrieved one body of the trapped workers at the rate-hole mine in Meghalaya’s East Jaintia Hills district, after more than a month, on Thursday morning.

At least 15 workers have been trapped inside the rate-hole mine since December 13 last year.

The divers have managed to bring the body to the mouth of the mine and it will now be retrieved in the presence of doctors, said Indian Navy.

On Day 19, Navy Divers Reach Bottom Of Meghalaya Mine, No Trace Of Trapped Miners

The body was spotted with the help of one Underwater Remotely Operated Vehicle used by navy divers for searching objects underwater. The body was detected at a depth of nearly 210 feet inside the rat-hole mine.

The body has been located after 20 days since the multi-agency rescue operation began only on the 16th day of the incident.

The tragedy took place on December 13, 2018, when a group of labourers went down the rat hole coal mine, not apprehending the danger. Water from nearby Lytein river flooded the 370-feet deep coal mine.

While four of them managed to survive, 15 others remained trapped as river water gushed inside. The trapped workers are from Meghalaya and Assam.

Meghalaya government has been slammed for their approach towards the rescue work.

“What's the point of being a great country when human lives are imperilled every day by sheer poverty? Those inside the dark mines could have been our sons, brothers, husbands if fate was not kinder to us…The response from various agencies with the capability of rescuing the 15 miners was rendered futile by bureaucratic delays…,” said senior journalist and editor of Shillong Times Patricia Mukhim.

Patricia who has been very critical at the way the entire episode has been handled by the state government further said that they are all deeply pained at the apathy shown by the Meghalaya Government which continually reports to the Supreme Court that it is doing whatever possible to rescue the miners.

First, the Meghalaya government failed to implement the National Green Tribunal order of 2014 which completely bans the coal mining in the state for lack of safety measures and environmental hazards, she said.

Patricia further criticised the Conrad Sangma led state government for not seeking the best possible help from the agencies immediately and termed it a ‘Conspiracy of Silence’.

“Why was the Indian Army not called in to provide temporary logistics closer to the mine? Are they not best placed to assist in rescue operations? Were the best efforts withheld because the miners were already presumed dead? Why did the CM and Home Minister not even deign to visit the tragic mine site if only to show empathy and to brief themselves should another similar accident happen? I guess we will never get any answers. India should hang its head in shame,” she said.

Activists also alleged that as the mining is banned many in the power and opposition are involved in the coal mining across the state.

Agnes Kharshiing, a rights activist in Meghalaya who survived a brutal attack by the Coal mafias in November last year said that the CBI should be handed over the cases to expose the coal mining syndicate.

Meanwhile, Sayeb Ali, the lone survivor of the tragic incident who hails from Assam’s Chirang district said that their poverty has forced them to work in the dangerous place.

“God saved me that day. I still get terrified to think of the moment when narrowly made it to the ground after we were chased by water,” Ali said.