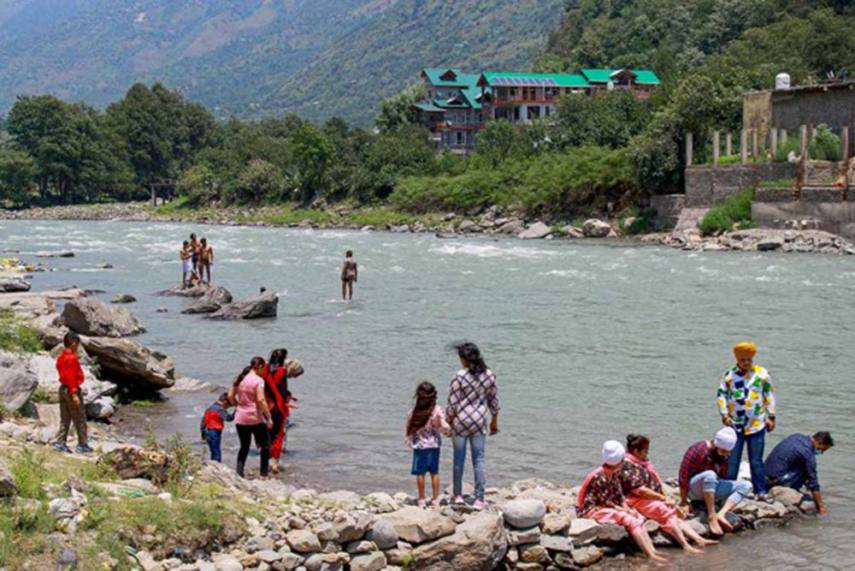 Centre’s stern warning to hill states over serious Covid violations by crowds at tourists destinations seems to have worked with a 30 to 35 per cent drop in the tourist arrivals in Himachal Pradesh this weekend.

The hoteliers in Manali, however, have protested over media reports for inappropriately projecting hill stations as being crowded, asserting that the occupancy has already seen a sudden drop. Tourists planning their trips are frightened to visit Kullu-Manali, they told Deputy Commissioner, Kullu, Ashutosh Garg on Saturday.

In Shimla also the occupancy this week has dropped by 30 per cent. A similar drop was observed in Dharamshala and McLeodgan where the hotels and resorts had earlier reported 95 to 100 occupancy last week.

Himachal Pradesh Director General of Police Sanjay Kundu on Sunday has announced the deployment of additional force from six armed police battalions including a women battalion in the districts of Shimla, Kangra, Kullu, Solan, Lahaul-Spiti and Chamba, apart from making special man-power management at Rohtang Tunnel –one of the most visited places in Himachal Pradesh.

The step has been taken following concerns shown by the centre on hill stations having been crowded and Covid appropriate norms including social distancing and wearing of masks not being followed, said Kundu.

The deployment of additional force and senior officers at all tourist destinations was made for the next two months to enforce Covid guidelines and also take action against the defaulters.

The police have recovered more than Rs 5 crores as a fine from the tourists violating the Covid norms and now directions have been issued to SPs to send the violators to jail for eight days for willful defiance of the Covid rules.

Kundu said that although the State welcomes the tourists, at the same time, the State Government was also ensuring that no tourist would be allowed to flout SOPs issued by the State government regarding Covid-19 appropriate behaviour. He also directed the district administration to keep watch on tourists not following Covid-appropriate behaviour and take action against the defaulters. He urged the tourists to use face masks and hand sanitisers besides strictly following the SOPs issued by the State government.

Chief Minister Jai Ram Thakur on Sunday told all DCs and SPs to identify the places where the crowd was committing maximum violations and take immediate steps to decongest them and also initiate action against the erring tourists.

“Since Covid cases are declining at a steady pace, the number of tourists coming to the state has increased manifold. We welcome them but we expect them to adopt Covid-19 appropriate behaviour” Thakur said.

The CM also said that main tourist destinations such as Shimla, Manali, Dharamshala, etc. were attracting large numbers of tourists. He said that the hoteliers, travel agents and owners of the homestay must also motivate the tourists staying in their establishments to maintain Covid-19 appropriate behaviour.

It is learnt that the Prime Minister‘s office has also asked the Chief Minister not to lower the guards in view of large scale concerns raised about risks due to massive crowd gathering at the tourist places, and not adhering to the protocols like wearing proper masks or following social distancing.

The centre had even threatened to reimpose restrictions if the states failed to take steps to enforce SoPs framed for the tourism industry.