PM Narendra Modi has invited the heads of all the political parties that have at least one member either in the Lok Sabha or in the Rajya Sabha to discuss the issue of simultaneous elections. 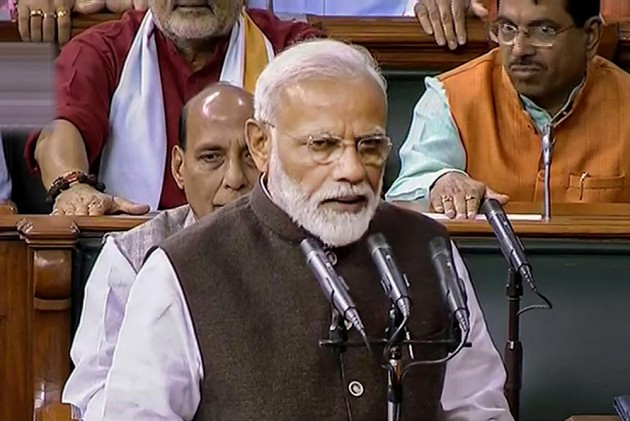 Prime Minister Narendra Modi Wednesday met leaders of various political parties having representation in Parliament to explore possibilities of holding Lok Sabha and assembly elections together amid no show by various opposition parties.

Modi had invited the heads of all political parties which have at least one member either in the Lok Sabha or the Rajya Sabha for the meeting to discuss several issues, including the "one nation, one election" idea, celebration of 75 years of Independence in 2022 and the 150th birth anniversary of Mahatma Gandhi this year.

'One Nation, One Election': PM Modi Invites Presidents Of All Parties For Discussion

Would Have Attended All-Party Meet Called By PM Modi If It Was On EVMs, Says Mayawati

Mayawati tweeted on Tuesday morning saying she would have attended the all-party meeting if it was on electronic voting machines (EVMs).

Sources said that the Opposition parties are wary of the meeting convened by the prime minister as they feel this might be a "trap" set by the BJP and needs proper discussion before going ahead.

Last August, the Law Commission had recommended holding simultaneous elections to the Lok Sabha and state assemblies to save public money.

The draft, submitted to the Law Ministry, however, cautioned that "holding simultaneous elections is not possible within the existing framework of the Constitution".

The Centre has been toying with the idea for quite some time now.

"The Prime Minister called for widespread debate and consultations on simultaneous elections for Lok Sabha and Vidhan Sabhas, keeping in view various aspects such as the resulting financial savings and consequent better utilisation of resources," an official release said last week after Modi addressed a NITI Aayog meeting here.