Union Home Minister and BJP president rebuked his party colleague Giriraj Singh for taking a dig at Bihar Chief Minister Nitish Kumar and other leaders for attending an Iftar party. 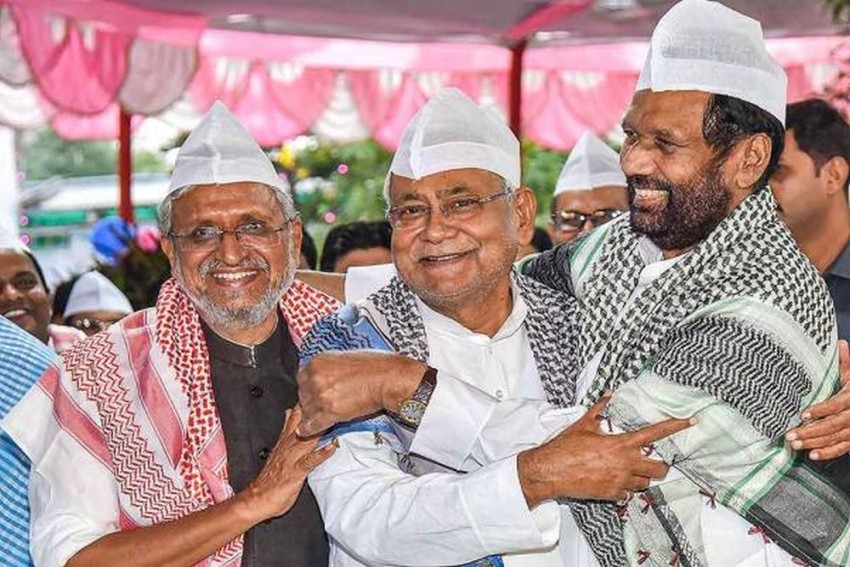 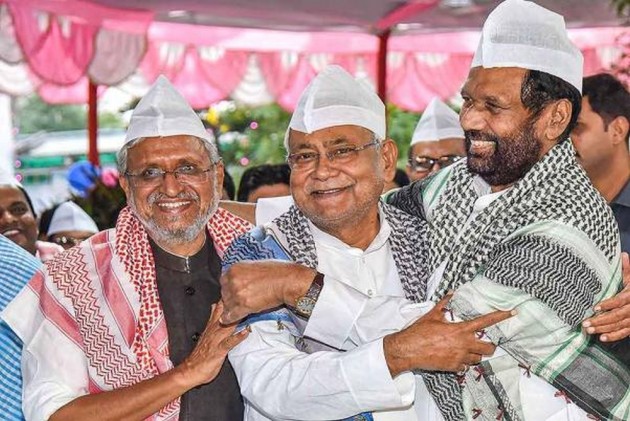 Bihar Chief Minister and Nitish Kumar on Tuesday hit out at Union Minister Giriraj Sing over the latter's comments targetting the JD(U) chief and other NDA leaders for attending an Iftar party.

"He (Giriraj Singh) does all this so that media makes news out of it," said Kumar on Giriraj's tweet where he took potshots at several leaders attending an Iftar party. The leaders in the pictures that Singh shared with his tweet included Kumar, LJP chief and Union Minister Ram Vilas Paswan, his son Chirag Paswan, and even the Bihar Deputy Chief Minister Sushil Kumar Modi, a party colleague of Singh's.

"How beautiful would the picture have emerged, had phalaahaar (a fruit feast) been organized during Navaratra with the same fervour with splendid photographs taken. Why do we lag behind in observance of our own karm-dharm (religious customs) in public, while staying ahead in making a show for those of others," Singh tweeted in Hindi.

However, the backlash for Giriaj didn't stop there. BJP president and Union Home Minister Amit Shah has also reined in on Singh, asking him, in a telephone call, to avoid making such statements.

"I don't know what he tweeted. Let me say, I am proud to be a Hindu. I take part in Holi programs too, not just Iftar. I have been a part of Iftar celebrations for 25 years. People who never hosted a Holi Milan party are raising questions today," NDTV quoted Bihar Deputy CM Sushil Modi as saying.

A known detractor of Kumar since the days when he served in the state cabinet, Singh appeared to have aimed his barb specifically at the chief minister as all photographs featured him wearing a skullcap and a namaz kerchief covering his shoulders.

Singh has retained Begusarai for the BJP defeating CPI's Kanhaiya Kumar by a margin of over four lakh votes.

Last week, Kumar said his party would not join Modi government because one cabinet spot was unacceptable to him. Kumar even expanded his cabinet, including eight JDU ministers and leaving only one position for the BJP, which the party didn't take.