PM Narendra Modi's remark came a day after the Congress came out with a list of six anti-terror surgical strikes carried out during UPA rule. 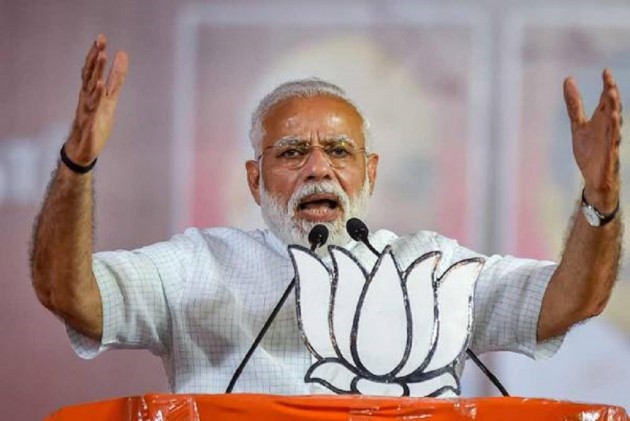 Prime Minister Narendra Modi Friday challenged the Congress' claim that it too had conducted surgical strikes across the Line of Control,

"Pehle upeksha, fir virodh, ab me too me too (They initially rejected it, then opposed and now saying 'me too' )," Modi said at an election rally in Sikar.

PM Modi's remark came a day after the Congress came out with a list of six anti-terror surgical strikes carried out during UPA rule.

"For us, military operations were meant for strategic deterrence and giving a befitting reply to anti-India forces and not to be used for vote garnering exercises," the two-time prime minister said, accusing the Modi government of politicising the armed forces.

However, Modi upped his attack on the Congress on Friday and said, "They initially mocked and rejected surgical strike but people had faith in me and they stood by me," Modi said.

Modi slammed the Congress for telling "lies" and said the party does surgical strikes only "on paper".

"The number increased from three to six in four months. By the time elections are over, this number would increase to 600. What does it matter when the strike is on paper! Congress only speaks lies," he said.