After PUBG Ban, Things Going Back To Normal With Battlegrounds Mobile: 8Bit Goldy

'We focused on the personal branding of gamers', says 8Bit Goldy aka Lokesh Jain of 8bit Creatives on surviving the PUBG ban. 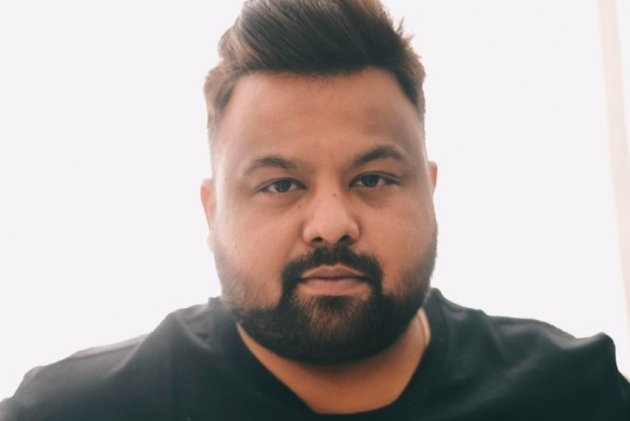 On the release of Battlegrounds Mobile India, the changes that the Indian gaming industry saw recently and the future of gaming in India, Lokesh Jain - a known face in the e-Sports world- also known as 8bit Goldy, talks with Outlook’s Priyam Shukla. Lokesh is the co-owner of 8bit Creatives, India’s largest gaming talent management company and S8UL, one of the largest eSports companies of India.

How did the gaming business get affected by the ban on PUBG Mobile last year and how will the release of Battlegrounds Mobile India impact it?

Some gamers and creators faced irrecoverable losses after PUBG ban. However, at 8bit Creatives and S8UL, we focused on the personal branding of gamers and diversified their options into content creation. Our creators started experimenting with different games, social media challenges, etc. and thus we made sure that we didn’t lose our YouTube space and brand deals.

The ban hit the ones solely dependent on PUBG the hardest. But things are going back to normal after the release of Battlegrounds Mobile India. More tournaments, audience interaction and brand engagements are arising which means more revenue.

The links of PUBG Mobile with Tencent, a Chinese company, led to the ban of the game in India. Similarly, many games are associated with Chinese gaming companies for purposes like distribution, development, etc. How big of a problem do you think this dependence would be for the Indian Gaming Industry in the future?

PUBG ban was actually a part of the ban of around 250 digital applications that were suspected of sending personal data of users to China. So, it’s not that the gaming industry is the target. The concerns of the government might be different. The current situation is that Krafton, the South Korean game creator, has relieved Tencent from publishing PUBG in India. Therefore, the concerns must go away.

But Tencent has around 15 per cent stake in Krafton. Do you think that might cause a problem?

The re-release of the game should be the result of thorough deliberations. Krafton has also partnered with Microsoft to host their games on Azure and this move ensured that top-of-the-line security is maintained. This only shows that the game is serious for its comeback in India and I don’t see any problems coming in its way in the near future.

Other games should also respect Indian Data Protection standards and I’m confident that there won’t be any problems in the future.

How did you diversify after the ban of PUBG Mobile?

Seeing the fate of other creators, we realised that experimenting and diversification was the key to surviving in such a situation. Therefore, our creators started experimenting with different games across all platforms. Currently, we are into Free Fire, Clash of Clans and Battlegrounds Mobile India.

How do you observe the gaming audience in India and where do you see the Indian gaming industry heading in the upcoming years?

I would describe the Indian Gaming audience as one in its “Learning stage” or an “Understanding Phase”. It was only after the massive success of PUBG Mobile that eSports companies emerged with huge interests here. The audience is still unaware of things like brand engagements, entering into eSports, etc.

The huge potential of India is being recognized lately after a wide range of gamers started emerging in mobile gaming. 8bit and S8UL have already started signing top and mid-range gamers of India while focusing on all the three aspects of eSports – eSports, content creation and merchandise (coming out soon).

How fast is PC gaming growing in India and how is the commercial industry of gaming adapting with it?

PC games streaming’s live audience counts rose from about Rs 2,000 to Rs 20,000 after PUBG ban. The rise of Valorant is also a good addition to the PC Gaming area which was dominated by CSGO.  More sponsors and tournaments are coming to India because of it. In fact, the Valorant Champions Tour has also announced its entry into South-East Asia.

How do you compare the gaming industry with other forms of entertainment industries like movies, music and sports?

Thankfully, the industry now receives apt news coverage, opportunities and sponsorships. The pandemic was actually a prosperous time for the industry because everyone was at home. The sports tournaments could also not be held and the people, especially the teenagers, craved the adrenaline rush of watching them.

A recent study also said that the Global gaming industry has surpassed the North American movies and sports industries, combined, in terms of revenue. The collaboration between these industries makes for great PR strategies which are beneficial for everyone and even we are exploring such opportunities.

It can be easily observed that gender representation in the gaming industry is heavily skewed towards males. How are you and the industry dealing with that problem?

The representation of women in eSports has directly to do with the number of women eSports athletes are participating in gaming tournaments. That is because the gaming audience is more likely to watch a streamer who has already won a title rather than a sole content creator. Therefore, women must be encouraged to take up competitive gaming if they want to make a mark for themselves here. Girls actually have better chances of escaping prejudices and making it big in gaming when compared with sports.

As far as opportunities are concerned, we provide an inclusive environment to female gamers and have actively started signing more girls under our banner.