His comments come after 20 Indian Army personnel lost their lives in a violent clash with the Chinese Army in Ladakh's Galwan Valley. 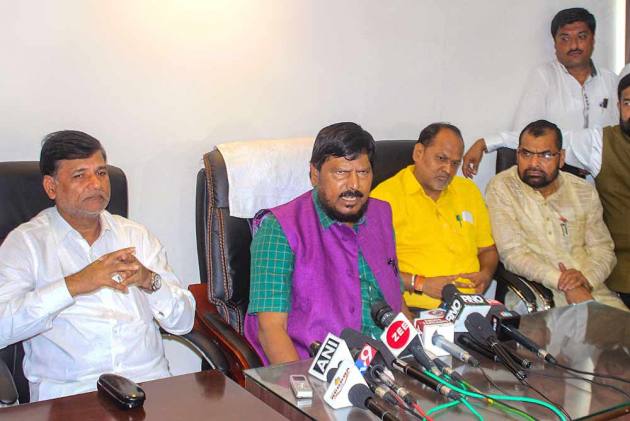 Union minister Ramdas Athawale on Friday called for a ban on TikTok to impact China economically, saying 15 crore Indians use the Chinese app due to which the neighbouring country makes crores in profit.

His comments come after 20 Indian Army personnel lost their lives in a violent clash with the Chinese Army in Ladakh's Galwan Valley.

In a tweet, Athawale said 15 crore people of India use TikTok due to which China makes profit of crores

"Ban Chinese video app TikTok in India. 15 crore people of India use TikTok due to which China gets profit of crores. Stop TikTok to impact China economically! I humbly request all Indians to boycott TikTok," Athawale tweeted in Hindi.

The comments come a day after he said all restaurants and hotels that sell Chinese food in India should be closed down and products made in China should be boycotted.

Twenty Indian Army personnel, including a colonel, were killed in a fierce clash with Chinese troops on Monday night, the biggest military confrontation in over five decades that has significantly escalated the already volatile border standoff in the region.