'We think this is the appropriate time for the Centre to make Darjeeling a Union territory with a legislature. We would soon start agitation over this,' Gorkha Janamukti Morcha representative said. 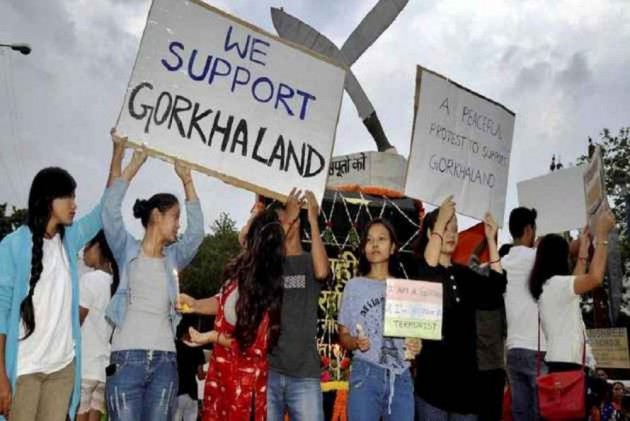 The Centre's decision to revoke provisions of Article 370 and to transform the state of Jammu and Kashmir into a Union territory has rekindled hope among the major hill parties, which want Darjeeling-part of the state of West Bengal- to be a separate UT with a legislature.

The Bharatiya Janata Party (BJP) MP from Darjeeling, Raju Bista, said he was hopeful that the saffron party's promise of a "permanent political solution" in the hills would be a reality by 2024.

The ruling Trinamool Congress, however, said it would oppose any move to bifurcate West Bengal.

The Bimal Gurung-led Gorkha Janamukti Morcha (GJM) faction, which supports the BJP, said the saffron party should keep its poll promise of a permanent political solution in the hills, which have witnessed violent agitation for the past few decades over the demand of separate statehood.

"We have been demanding a separate state of Gorkhaland for a number of years. The BJP in its manifesto had also promised a permanent political solution," GJM general secretary Roshan Giri told PTI, quoting party supremo Gurung. "We think this is the appropriate time for the Centre to carve a Union territory with a legislature. We would soon start agitation over this."

While several state BJP leaders, however, declined to comment on the issue, BJP MP Bista said, "All the options -- be it Gorkhaland, Union territory with the legislature or any other -- would-be discussed with all the stakeholders before taking a final call."

The ruling TMC has maintained its stance that any attempt at bifurcation will be opposed by the state government.  Senior TMC leader Gautam Deb said it would never favour the state's bifurcation. "The BJP's policy is to divide, break and rule. But, we won't allow it in Bengal," the minister added.

The statehood issue and implementation of the sixth schedule of the Constitution-which grants more autonomy to a region- have been the major demands in the hills since the beginning of the protracted Gorkhaland movement in 1986.

Darjeeling witnessed one of its most violent agitations -- a 104-day-long strike -- over the demand of a separate statehood on June 2017, leading to the death of several locals and security personnel.

The picturesque hill town is ethnically dominated by the Gorkhas.