The booklet claims Savarkar received pensions from the British after he was released from Andaman's Cellular Jail. 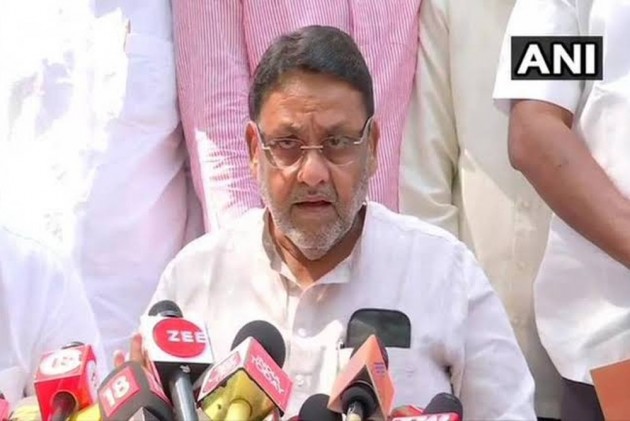 The Congress has landed in hot water in Maharashtra over a controversial booklet on Vinayak Savarkar as its state ally NCP on Saturday joined the other alliance partner Shiv Sena in criticising the party.

The NCP  called for the withdrawal of the booklet, distributed by the Congress-affiliate Seva Dal in Madhya Pradesh. The publication claims that Hindutva ideologue Vinayak Savarkar and Mahatma Gandhi's assassin Nathuram Godse were in a physical relationship.

The Hindi booklet, titled "Veer Savarkar, Kitne 'Veer'?" questions Savarkar's credentials as a patriot and his reputation for valour. It also claimed that Savarkar received pensions from the British after he was released from Andaman's Cellular Jail.

NCP's chief spokesperson Nawab Malik said that since Savarkar was not alive, it was wrong to make such a claim.

"The booklet should be withdrawn. You may have ideological differences with the person concerned. But it is not right to make such personal remarks against one who is not around," Malik said.

The NCP and Congress are sharing power with Shiv Sena in Maharashtra.

The Shiv Sena had targeted the Congress over the booklet.

"Veer Savarkar was a great man and will remain a great man. A section keeps talking against him. This shows the dirt in their mind," Shiv Sena MP Sanjay Raut had said on Friday.

"Venerable Hinduhriday-samrat, Shiv Sena chief Balasaheb Thackeray would have been the first to react in his archetypal style (to the booklet) had he been around," Fadnavis said on Twitter, adding, "Today, cannot have such an expectation, but expect that the chief minister announces immediate ban on the book.

Last month, Congress leader Rahul Gandhi's jibe that his name was not "Rahul Savarkar" and hence he would not seek apology (about his remark on rape) had riled the Shiv Sena, his party's new-found ally in Maharashtra.